Amita Singh, a member of Odisha Bikerni group, was part of the 15-member all-women biking team that travelled across 5 national parks and 5 ghats of Madhya Pradesh. The MP government launched the first-of-its-kind initiative to promote safe tourism for women.

Sharing her experience with OdishaBytes, Amita said they rode 1,500 km, covering five national parks and as many ghats during the 6-day trail from November 19. 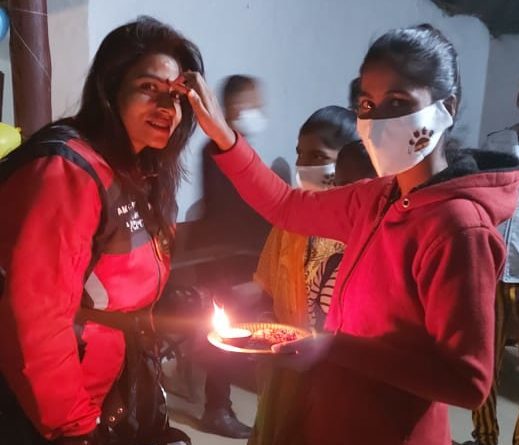 Speaking about her memorable experiences, Amita said through every national park and village they crossed, they were given a warm welcome by villagers and forest staff.

“The owners of dhabas where we had meals did not charge us anything after learning that we are women bikers on a mission. It was a challenging trip and we had to ride nearly 100 km off-road, including through paddy fields. The forests were dense and dark but riding through the huge trees and long muddy trails were thrilling,” she shared.

On the second day of the trip, at Kanha Tiger Reserve, Amita and other bike riders got scattered. The Tigress of Odisha, as she is known in biking circles here, did not fear the dark and continued to ride by following her intuition. After covering 15 km, she met a ‘chaiwala’ shop, who made her feel at home and helped in contacting the forest officials. 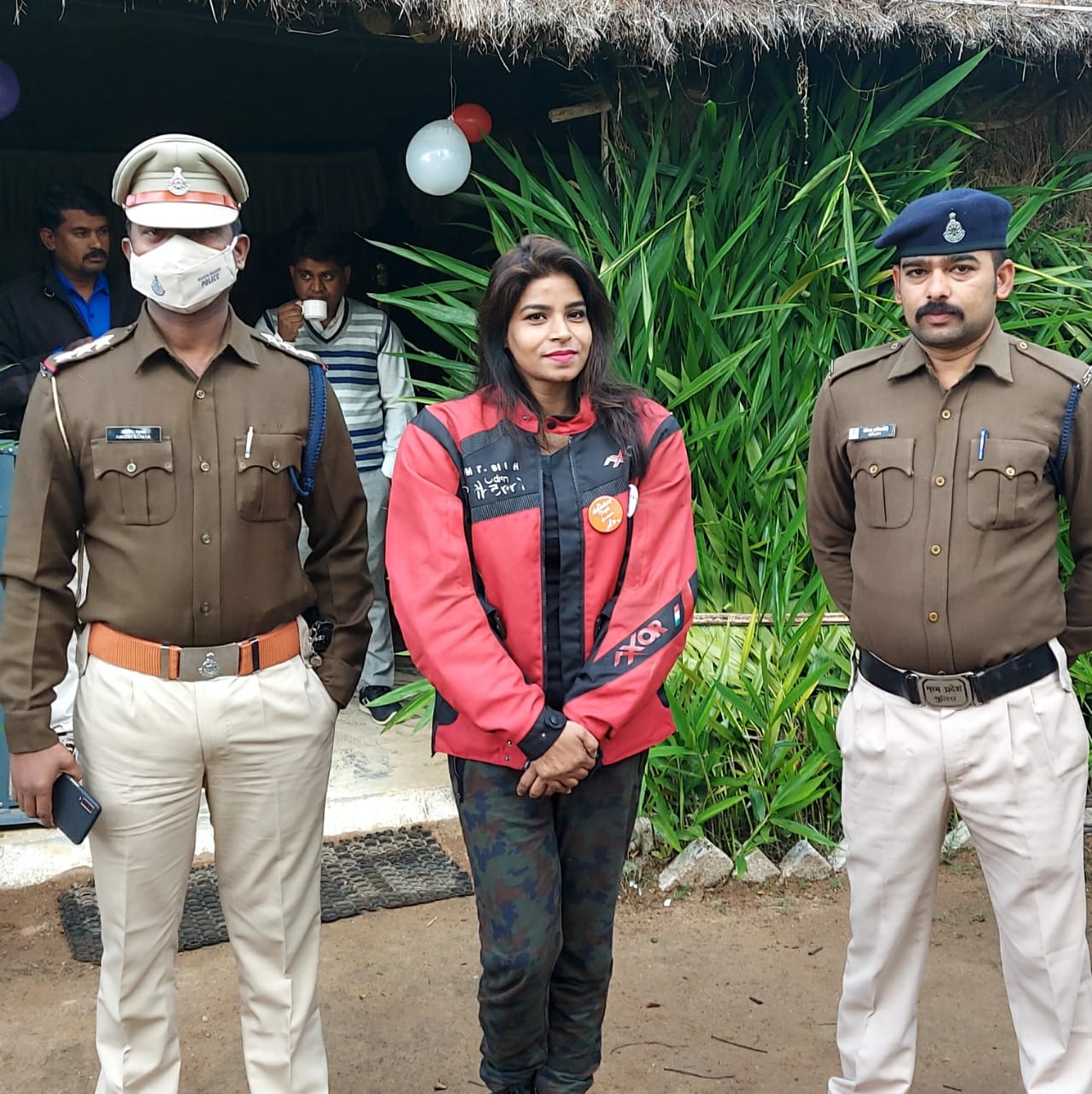 “The forest staff wanted to move me to a safer location, but I decided to wait for my team to return as that was my responsibility,” she said.

The trip thereon was very exciting and they got to visit a potters’ village and a weavers’ village, where they interacted with local artisans.

“Such unique art and craft have made Madhya Pradesh a perfect destination to travel,” she said, adding that she lost her heart in the ‘Hindustan ka dil’.

Also known as the 3-states girl – she is of Bihar origin, brought up in Vishakapatnam and married in Odisha – Amita said bikers from Indore and Sagar were all praise for her and Odisha Bikerni team for their bravery and passion.

A passionate biker, Amita went solo in 2015 and has ever since represented Odisha. Through her rides, she has been promoting Odisha weaves. 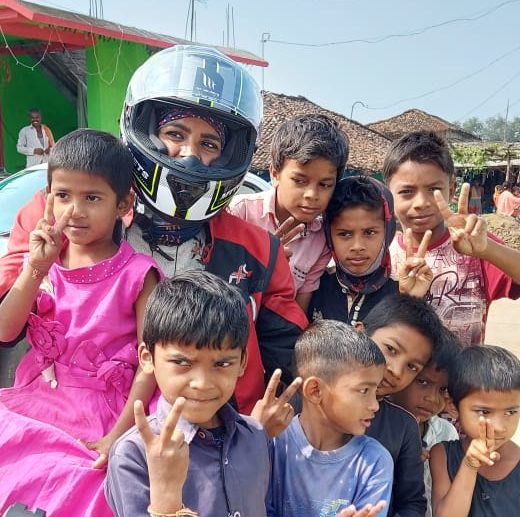 Silvana SC of Italy, who is also member of Odisha Bikerani, was also part of the team.

There is an atmosphere of freedom and security for women in Madhya Pradesh, Amita remarked.

The women covered 4,500 km from start to the end of their journey.

The first women biking trail (Tigress on the Trail) in MP was flagged off by Tourism Minister Usha Thakur.