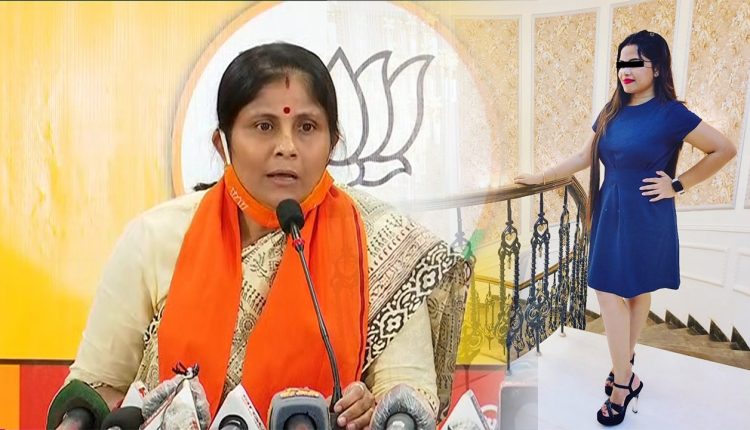 Bhubaneswar: Accusing the BJD government of trying to shield the high-profile people involved in Archana Nag’s honeytrap racket, Odisha BJP on Tuesday demanded a CBI probe into the whole episode to bring truth to the fore and book the culprits.

Addressing a press meet in Bhubaneswar, BJP Mahila Morcha President Smruti Patnaik alleged that the police have failed to conduct a proper investigation in the case in which several senior leaders, including ministers, are said to be involved.

Hitting out at the state government and the police for not revealing details and the names of all those having links with the blackmailing racket of the mysterious woman, she sought to know as to why Nag is yet to be interrogated though she was arrested last week.

Seeking steps to make public the names of all those who had links with the woman blackmailer, the senior BJP leader said there are enough indications about the involvement of senior leaders and ministers in the high profile racket.

“It seems there is direct involvement of the ruling party and state government in this racket. There is an attempt to shield the culprits,” Patnaik alleged.

Claiming that a fair investigation will not be possible if the state police continues to handle the case, she said the matter should be handed over to the CBI forthwith in order to ensure a proper probe.

“All those involved in the racket can be booked only through a CBI probe which will unravel the truth,” she said, adding that if the ruling BJD and the government have no role in the episode they should also back the demand for probe by the premier investigating agency.

Archana Nag, accused of extorting money from many influential persons by honey-trapping, was arrested last Thursday night. She had moved the SDJM court in Bhubaneswar for bail and her plea is being taken up on Tuesday.