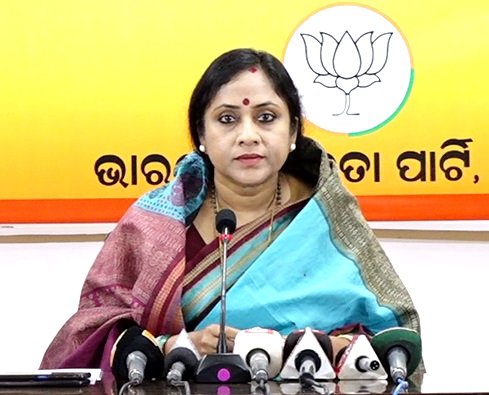 Bhubaneswar: Terming Odisha government’s announcement of over Rs 128 crore assistance to the flood affected as misleading and false, the state BJP on Thursday demanded a ‘white paper’ detailing the exact damage along with a list of people hit by the deluge.

Addressing a press meet in Bhubaneswar, state BJP General Secretary Lekhashree Samantsinghar said the state government should come out with details about information on the basis of which assistance to the tune of Rs 128 crore has been announced.

“Instead of misleading people through false information, the state government should publish a white paper providing a complete list of people affected by the recent floods at village, panchayat and block levels,” she said.

The government should tell people about details of visits of officials to flood-affected areas as well as the time and place of such visits for assessment of the damage caused by the heavy rains and floods, the BJP leader said. “Bases on what information, the government has announced the assistance,” she questioned, alleging that Rs 128 crore has been sanctioned only for the benefit of the leaders and workers of the ruling Biju Janata Dal (BJD).

Blaming the BJD Government for the unprecedented floods in August, Samantsinghar said the disaster, which could have been averted through preventive measures, took place due to sheer negligence, inefficiency and lack of preparedness on the part of the administration.

After causing a ‘man-made’ flood, the government failed to undertake proper relief, rescue and rehabilitation measures, she alleged, adding that neither the ministers nor senior officials reached the affected areas to help the people.

Despite repeated demands, the government failed to prepare a proper assessment of the damage caused by the floods and finally, a report was published in a hurried manner, the BJP leader claimed.

Stating that standing crops on vast areas of farmland were destroyed in the floods, she accused the state government of having failed to provide houses to the beneficiaries of the Pradhan Mantri Awas Yojana (PMAY). As a result, the mud houses of many poor people suffered extensive damage, she claimed.