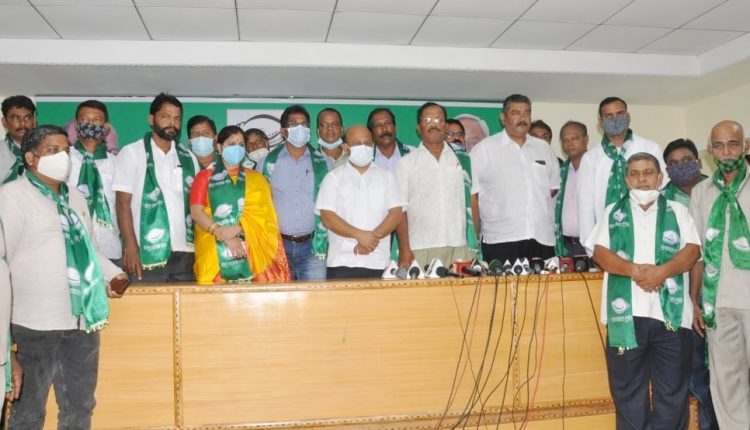 Bhubaneswar: State executive member of BJP and former block chairman of Dharmasala in Jajpur district Ramesh Chandra Parida along with his supporters joined the Biju Janata Dal (BJD) on Friday.

The BJD welcomed the BJP leader and workers at a function in the party office, here. Several MLAs of the ruling party in the state including Pranab Prakash Das of Jajpur, Pratap Keshari Deb of Ali, Pranab Kumar Balbantray of Dharmasala and Ashok Kumar Bal of Korei besides other leaders were present at the function.

Speaking on the occasion, Parida said inspired by the ideologies and developmental works of chief minister Naveen Patnaik, he decided to join the BJD. Besides Parida, around 40 BJP workers also joined the regional party.