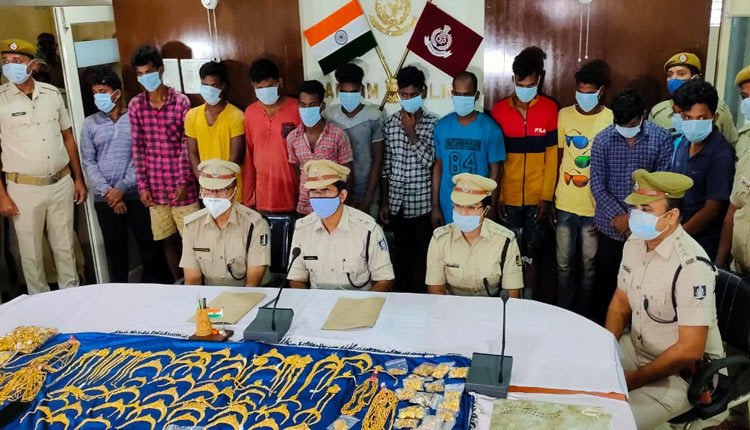 Ganjam: The Ganjam district police have cracked a ‘blind case’ of loot with the arrest of 15 burglars.

DIG (Southern Range) Satyabrata Bhoi informed that 6.5 kg of gold ornaments, looted from the house of a gold trader, Surendra Nath Nayak on October 12, has also been seized.

Bhoi identified Kalia Behera as the mastermind and said that he along with one Amit Behera and eight others had looted gold ornaments from Nayak’s house late at night when all the family members were asleep.

Among those arrested, five are buyers of the stolen gold ornaments. “Further investigation is on as we suspect that the accused have disposed of some gold ornaments,” the DIG added.

Six Of Family Found Dead Inside House In Odisha’s Balangir