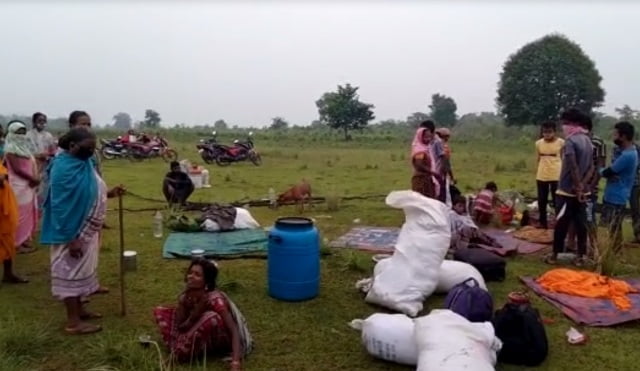 Meanwhile, the body of a minor girl was recovered during the search operation at Sileru River in the cutoff area of Chitrakonda.

Fire Service and ODRAF personnel reseumed the search and recue operation on Tuesday morning after it was halted the night earlier.

According to reports, 11 persons from Kandhaguda and Gunthawada villages in Chitrakonda block had gone to work as labourers at a brick kiln at Sangareddy in Telangana some days ago.

They, however, wanted to return home to Odisha, but couldn’t do so due to the COVID restrictions. They then hired two country boats on Monday evening. While the two boats were on the way to Kandhaguda ghat, one of them with six persons on board collided with a stump in the river and capsized.

The six persons then tried to climb into the other boat and it also capsized. As a result, five persons on the boat including a three-year-old girl fell into the river.

However, three persons managed to swim to the bank and alerted villagers.

Till reports last came in, the search operation is underway to trace out seven missing persons of whom five belong to Kandhaguda village and two belong to Gunthawada village.

Cyclone Yaas: Odisha In The Eye Of Storm, Landfall Likely Between Dhamra & Chandbali

Things To Prepare At Home For A Cyclone