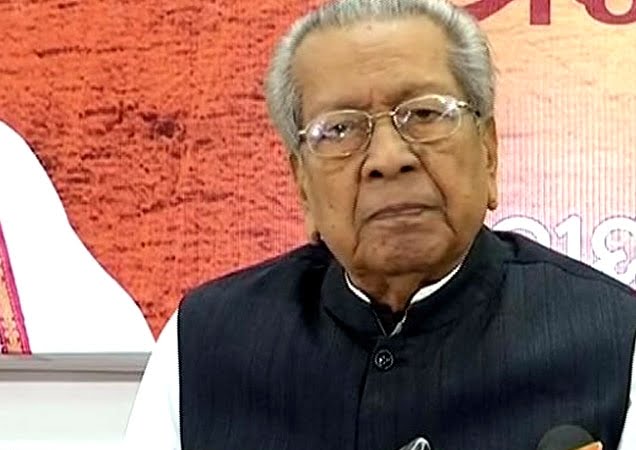 Biswabhusan will be conferred with the award by Vice-President M Venkaiah Naidu at the 40th annual day of the Sarala Sahitya Sansad at the Sarala Bhawan here on April 2.

The award carries a silver idol of Goddess Saraswati, a copper plaque and a shawl.

Born on August 3, 1934, at Godijhara village near Banapur in then undivided Puri district, Biswabhusan was elected to the Odisha Assembly five times.

Beginning with successfully contesting the Chilika Assembly seat as a BJP member in 1977, he came back to power in 1990 with a Janata Dal ticket. He was elected for the third time from Bhubaneswar Central seat in the by-elections in 1997 and continued to be a member from the same constituency three times in a row.

He was also a cabinet minister in the BJD-BJP led coalition government in 2004.

In July 2019, he was appointed as the 23rd Governor of Andhra Pradesh.

Andhra Governor Biswabhusan Harichandan To Be Tested For…