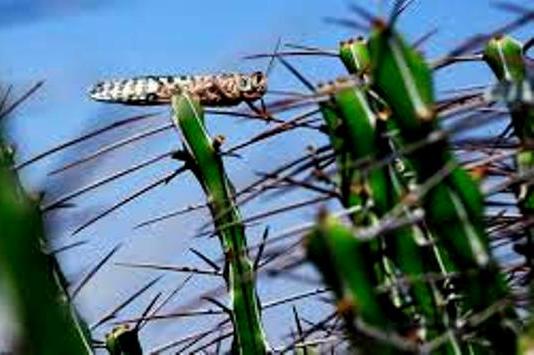 Bhubaneswar: Acting on the warning of the Centre, the state government has stepped up measures to counter the locusts threat.

A meeting to this effect was held here on Sunday.

Briefing the media after the meeting, Dean of the Odisha University of Agriculture Technology  Lalit Mohan Gadnayak said that the Centre has apprised the state government of the possible locust attack in June. “As briefed by the Centre, the locust swarm will invade western Odisha in June. However, they will leave the state with the onset of rain,” he added.

Referring to the steps to be taken by the state government to counter the threat, he said that the government will form a team and issue a standard operating procedure (SOP).

“It has been decided that a team of entomologists of the OUAT and the Central Rice Research Institute at Bidyadharpur in Cuttack will be formed. The team will issue the SOP for the farmers to save their crops,” Gadnayak said, adding that the state government has been requested to ensure adequate supply of pesticides, sprayers and tractors at the earliest.

Stating that instruction has been given to all the districts and blocks to send the daily report, he said that a control room has been opened and it will be monitored by the Director, Agriculture.

Notably, the Food and Agriculture Organisation (FAO) of the United Nations had told the Centre this week that several successive waves of invasions can be expected until July in Rajasthan with an eastward surge across northern India as far as Bihar and Odisha followed by westward movements and a return to Rajasthan with the changing winds associated with the monsoon.