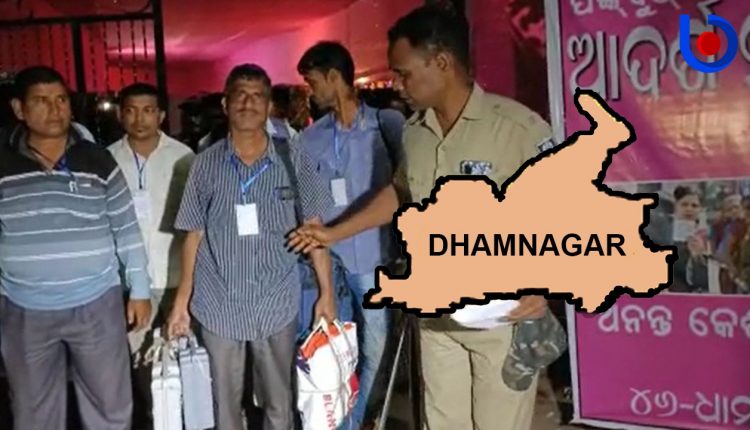 Bhadrak: An estimated 66.63 per cent of the over 2.38 lakh voters exercised their franchise as polling for by-election to Dhamnagar Assembly Constituency in Odisha was held on Thursday amid tight security.

According to the information given by the Election Commission of India (ECI), an estimated 66.63 per cent polling was recorded when voting came to a close at 6 pm for the bypoll in Dhamnagar in Bhadrak district.

The polling which began at 7 am amid tight security, remained by and large peaceful and smooth barring a few stray incidents, state’s Chief Electoral Officer (CEO) S K Lohani said.

Stating that the voting percentage available now was tentative as a large number of voters were still in queue at many booths, he said all those present at the polling stations at the time of close of voting will be allowed to cast their votes. “The final polling percentage is likely to be much higher,” Lohani said.

Elaborate arrangements and tight security measures have been taken to ensure the safety of the electronic voting machines (EVMs) and smooth counting of votes on November 6, the CEO said.

Despite the police keeping a strict vigil, there were reports of clashes between BJD and BJP workers at two booths at Rameswarpur while voting was in progress, resulting in two persons being injured.

In a tragic incident, polling officer of booth-139, Natabar Munda died before the commencement of polling after he fell ill late on Wednesday. The CEO of Odisha  has announced Rs 15 lakh compensation for the kin of Munda.

Voting was disrupted at some polling stations including booth number 75 at Kanpada and booth number 15 at Mangalpur primary school reportedly due to technical glitches in the electronic voting machines (EVM).

Around  1,000 police personnel and four companies of central paramilitary forces were deployed for the by-election. The entry and exit points of the constituency were also sealed.

Among the 252 booths, 110 were declared sensitive, and there was webcasting in 126 booths, officials said. There were 15 model booths and five pink booths, which have women security personnel and polling officials. A total of 1,008 polling officers were deployed, added sources.