Odisha Bypoll: Votes To Be Counted For 23 Rounds Amid Tight Security In Padampur Tomorrow 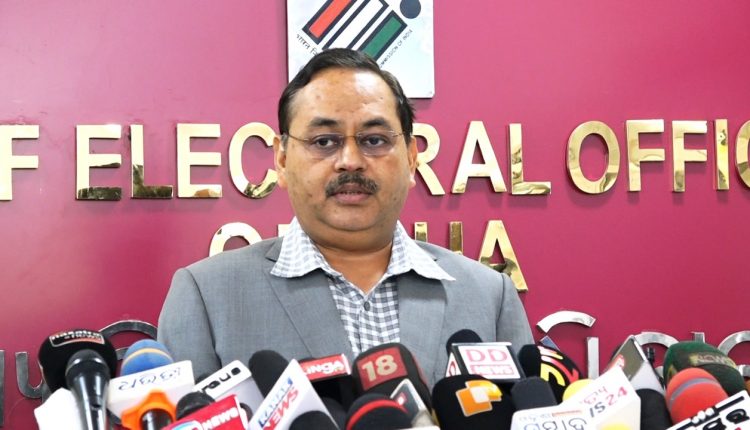 Bhubaneswar: Stage is all set for counting of votes polled during the by-election to Padampur Assembly constituency in Odisha’s Bargarh district to decide the next MLA from the seat.

Addressing a press meet in Bhubaneswar on Wednesday to brief about preparations for the counting, Chief Electoral Officer (CEO) Sushil Kumar Lohani said the counting of votes will begin at 8 am at the RMC Ward in Padampur.

A total of 23 rounds of counting will be held as voting was conducted in 319 booths for the bypoll on December 5. Fimally, the counting from VVPAT of randomly selected 05 booths will be taken up for cross verification. The Central observer appointed by the Election Commission of India will remain present throughout the counting.

Every counting table will have a counting supervisor and one one assistant. In addition, one micro observer belonging to Central Government will also be deputed who will report to observer. There will be two Assistant Returning Officers (AROs) to assist the RO.

Other than the District Election Officer, Returning Officer, and Observer, no one is allowed to take mobile phone inside the counting centre. Proper arrangement have been made for disseminaton of Round wise result.

In order to prevent any disturbance or untoward incident during the counting, a 3-layer security will be in place, the CEO said.

The innermost layer will have CAPF personnel, there after state armed police and then Odisha Police to manage outermost layer under the supervision of the Superintendent of Police (SP).

Apart from announcement of result at the venue, the same will also be available to general public through the website results.eci.gov.in. Arrangement is being made for disseminating round wise result at the media centre outside the counting centre and also at the CEO office.