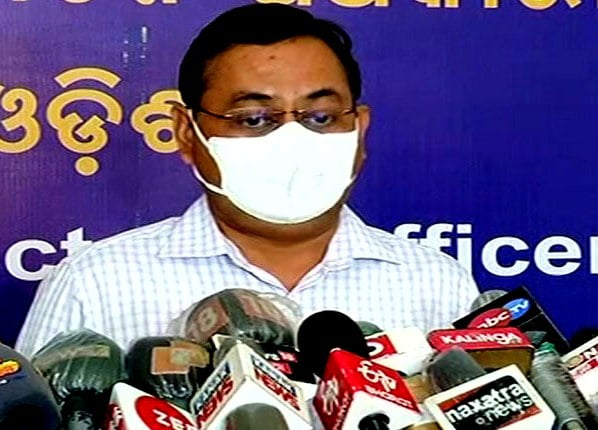 Bhubaneswar: There has been a marginal fall in the voter turnout in the bypolls to Balasore Sadar and Tirtol assembly constituencies, which concluded on Tuesday.

Briefing mediapersons on Wednesday, Chief Electoral Officer Sushil Kumar Lohani said the bypoll saw 70.69 per cent and 69.66 per cent electorate exercising their franchise in Balasore Sadar and Tirtol constituencies respectively as against 71.29 per cent and 74.09 per cent in the last Assembly election.

As many as 23 COVID-19 patients in Tirtol and 23 patients and 5 COVID suspects in Balasore Sadar cast their votes in the last hour of polling, he added.

The CEO said that the EVMs from all booths in Tirtol and Balasore Sadar have been kept at the SVM College in Jagatsinghpur and the EVM warehouse inside the premises of the office of the Balasore collector respectively.

The CEO further said that the political parties have been asked to send one representative to inspect the security arrangements for the EVMs at these two places at regular intervals.

Stating that the counting of votes will begin in the morning on November 10, the CEO said that he will have a detailed briefing to the media on the timing and mode of counting in the afternoon on November 9.