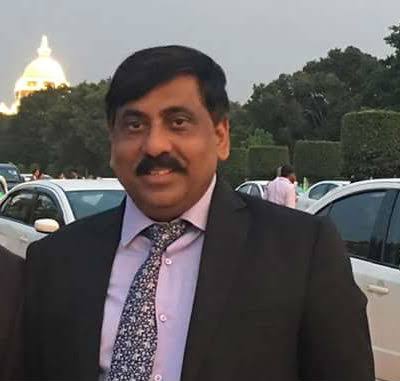 New Delhi: Senior Odisha-cadre IAS officer Upendra Prasad Singh was asked to take the additional charge of the Secretary in Department of Drinking Water and Sanitation with immediate effect.

Singh is currently the Secretary in Department of Water Resources, River Development and Ganga Rejuvenation.

Born on October 10, 1962, in the Vaishali district of Bihar, he did his B.Tech in Mechanical Engineering from IIT Kanpur and M.Tech in Industrial & Management Engineering from the same Institute.

Prime Minister Narendra Modi approved the assignment of an additional charge of the post of Secretary in Department of Drinking Water and Sanitation for Singh till the appointment of a regular incumbent or until further orders, whichever is earlier.

WHO Chief Hopes COVID-19 Pandemic To End Within 2 Years