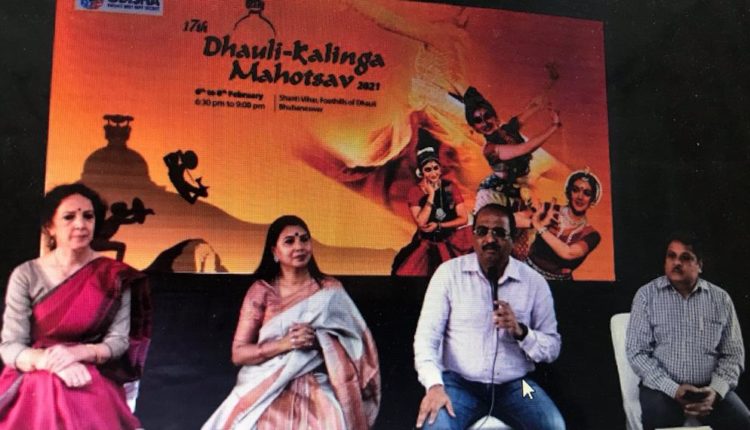 Bhubaneswar: The 17th edition of Dhauli-Kalinga Mahotsav will kick-start from February 6 on the foothills of Dhauli at Shanti Vihar in the city.

Around 3,000 artistes from different disciplines will participate in the 3-day Mahotsav, which will be organised by Odisha Tourism and Orissa Dance Academy (ODA) in association with Art Vision.

For the past 14 years, an eminent art personality from the field of creative and performing art has been conferred with this Samman, which carries a citation, anga bastra and a cash reward of Rs 1,00,000.

The ODA had instituted  the award in 2016 in the memory of its founder Guru Shri Gangadhar Pradhan. This prestigious award carries a citation, anga bastra and cash reward of Rs 25,000 for each awardee.

Curtains Come Down On Dhauli-Kalinga Mahotsav In Bhubaneswar