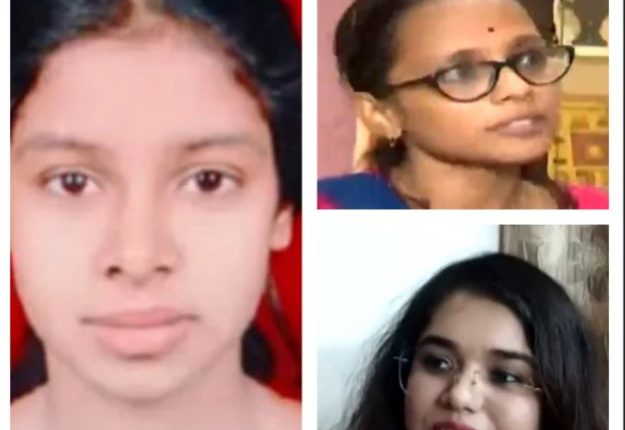 Bhubaneswar: Patience, perseverance and hard work are three mantras for success for the top three rankers of Odisha Civil Services examinations for 2020 whose final results were declared by OPSC on Friday.

Besides the three principles, the top three rank holders have two other factors common among them. Firstly, all of them are women and secondly, none of them expected top ranks in the state’s prestigious examination. Tejeswini Behera topped the list of rank holders while Shubhankari Sudeshna and Ananya Shrusti Satpathy bagged second and third position respectively.

For Tejaswini, an Economics student both in Graduation and Post-Graduation courses, it was a pleasant surprise to find her name at the top of the OCS examinations though she did not expect it. Being an Economics student helped her score good marks in the OCS. At the same time, her second optional subject Home Science contributed equally to fetch her the rank, she said.

After graduation from Delhi University, she took admission in Jawaharlal Nehru University for post-graduation. While doing the PG in Delhi, she started preparing for civil services examinations by attending coaching classes there.

For second ranker Subhankari, it was her second attempt in OCS. Though she was serving as a veterinary doctor, she quit the service to prepare for the examination. Besides veterinary science and animal husbandry, she had zoology as second optional in the examination.

She opted to be an OAS officer as she felt a civil servant can render more service with greater responsibility. Subhankari, who never shirked of work burden, had to put in extra hours to master the examination-oriented subjects. On her future plans, she said wanted to apply her talent and skills to reach out to the people at grassroots level.

Third ranker Ananya believes that there is no short-cut to success. A strong believer in hard work, she said she did not spare any effort to come out successful in the OCS examinations. She had Sociology and Home Science as her subjects in the examination.

This was also her second attempt at the OCS but first in Mains examinations. In the first attempt, she opted out of the Mains after qualifying in the Preliminary as she had to appear at another examination, she said.

Ananya’s main inspiration has been her mother. “Not only in preparation for OCS, whatever I wanted to do in my life, she has always stood behind me. Her struggle and sacrifices as a single mother have been the major force for me to succeed so far,” she said.