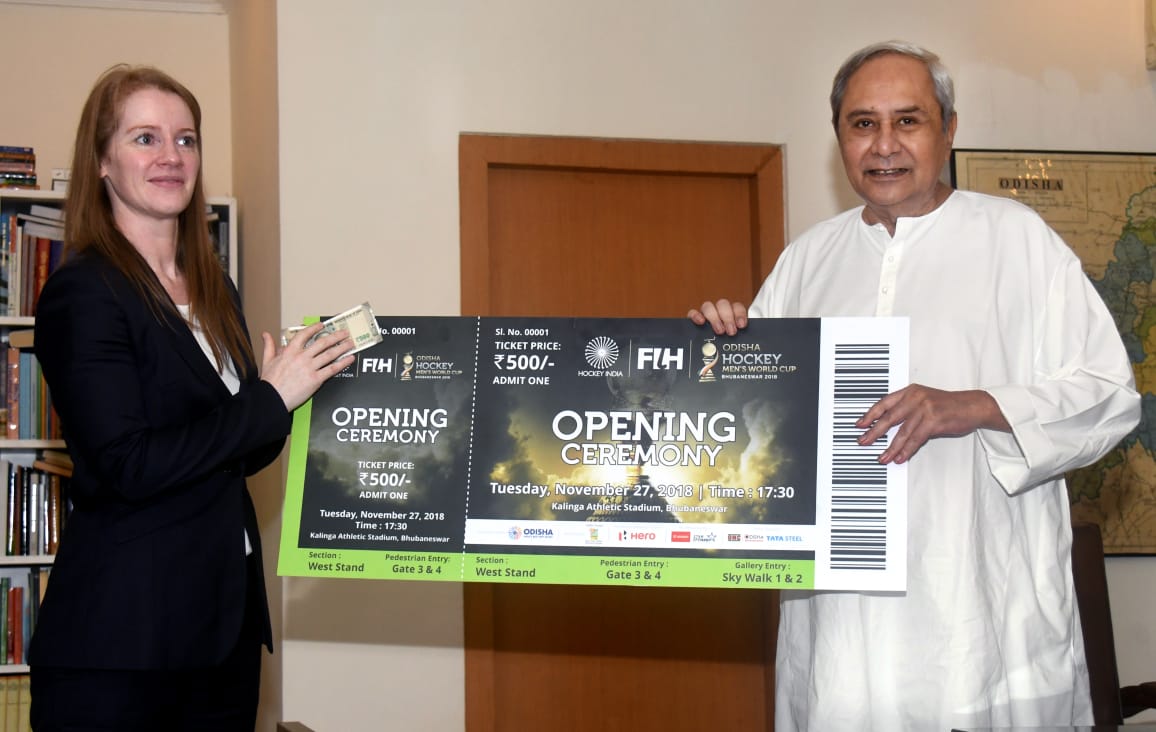 Hockey India CEO Elena Norman meet the Chief Minister at the State Secretariat here and presented a token ticket for the event on November 27. He paid Rs 500 for it, according to a CMO release.

“The tickets will only be available online. There will be no complimentary tickets and passes. Like the honourable CM, everyone should go online tomorrow at noon to purchase the tickets,” Elena told the media after the meeting.

The Hockey India had made an announcement about the online ticket sale on its official Twitter handle on Sunday.

Around 10,500 tickets would be sold for the inaugural ceremony in Bhubaneswar and 30,000 tickets for the November 28 event, sources said.

Music maestro A R Rahman will be performing at both the venues, along with other Bollywood celebrities including Shah Rukh Khan.

The tickets will be available on http://ticketgenie.in/event/hwc-opening-ceremony.

Fans can choose redemption centres from multiple locations/ counters in Cuttack while booking their tickets for the event. The date for online redemption of the tickets will be announced in due course, Hockey India said on its website.