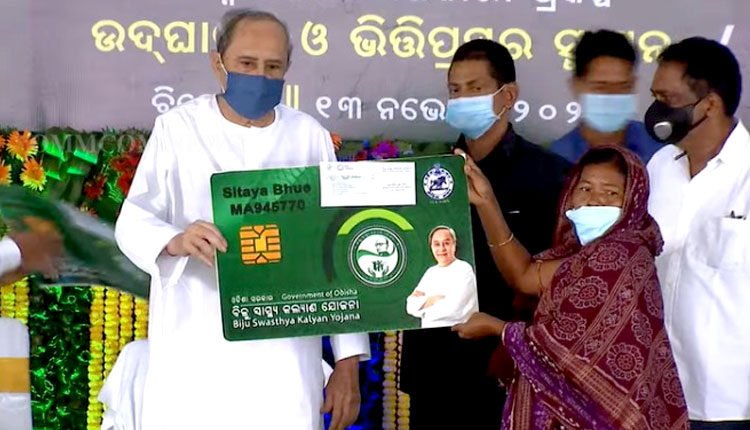 Bargarh: Chief Minister Naveen Patnaik reached Bijepur in Bargarh district on Saturday amid protests from the Opposition in connection with the Mamita murder case.

The Chief Minister kicked off the Biju Swasthya Kalyan Yojana (BSKY) distribution in the district by handing over the smart health cards to some beneficiaries at an event.

Earlier in the day, Congress workers were beaten up by BJD activists ahead of the Chief Ministe’s visit. Some Congress workers were staging a protest holding black flags at Alibali Chhak in Bijepur over Mamita Meher murder case. They were raising slogans against the state government and demanding ouster of minister Dibya Shankar Mishra for his alleged connection with prime accused in the case Govind Sahu.

Other than the dismissal of Minister of State (Home) Dibya Shankar Mishra for his alleged involvement in the lady teacher Mamita Meher murder case, the Bargarh district-unit of BJP has been demanding action against police over Gobind Kumbhar’s custodial death and drought-hit tag for Padampur sub-division.