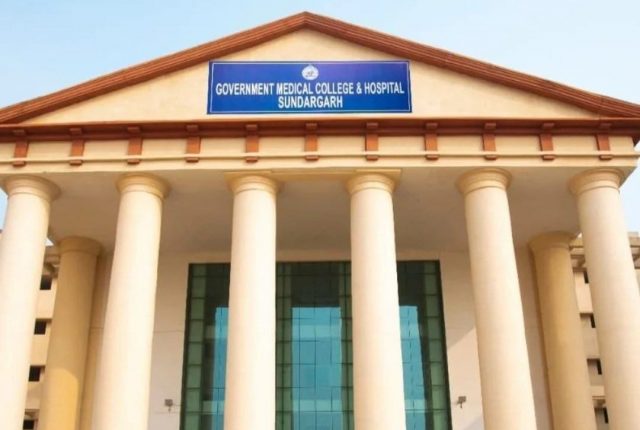 Bhubaneswar: Odisha Chief Minister Naveen Patnaik on Thursday inaugurated the Government Medical College and Hospital built at a cost of over Rs 417 crore at Sundargarh.

The Chief Minister also interacted with the first batch of Under Graduate students of the Medical College and wished them all success in their career.

He advised them to follow the 5T principles and render dedicated service to the patients of the state.

It may be noted here that the Odisha government has decided to set up new Medical Colleges & Hospitals in different districts to strengthen healthcare services to the people.

In this direction, the Government Medical College & Hospital at Sundargarh has been set up in collaboration with NTPC which will give a boost to the availability of specialised health care to the people of western Odisha as well as to further strengthen the medical education sector in the State.

This Medical College & Hospital has been built by NTPC at a cost of Rs 417.77 crore out of its Resettlement and Rehabilitation Community Development Fund, official sources said.

The Medical College has obtained the Letter of Permission from the National Medical Commission (NMC) to admit 100 Medical Under Graduate Students annually for the academic session 2022-23.

All the 100 Under Graduate Medical seats have been filled up for the current academic session drawing students from different parts of the country including Haryana, Uttar Pradesh, Bihar, New Delhi, and Rajasthan. Further 12 students from state government schools have got admission into the Medical College under the state quota.