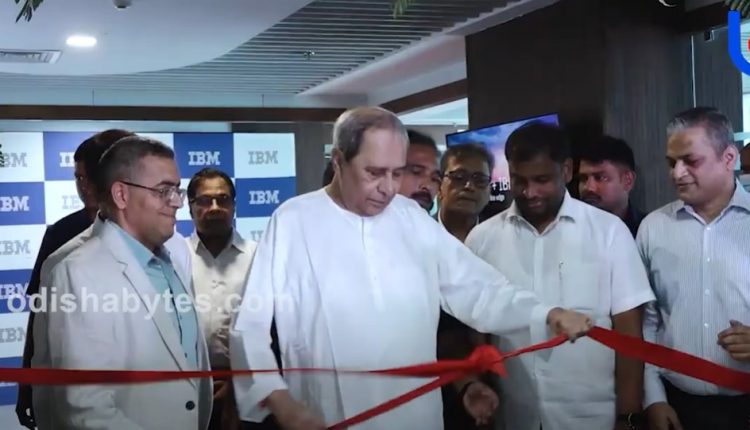 Bhubaneswar: The development centre of IBM, one of the major IT companies, was inaugurated at O Hub at Chandaka Industrial Estate in Odisha capital on Sunday.

According to sources, Odisha Chief Minister Naveen Patnaik inaugurated the centre at 11 am on his birthday. 5T Secretary VK Pandian confirmed the same through his Instagram post.

This new development centre, which was initially proposed in 2007, is going to create huge job opportunities for the youth of the state.

Along with IBM, the centre of Deloitte is also expanding its operations in Bhubaneswar. Both MNCs are setting foot for the first time in Odisha and these centres are targeted to be operationalised by mid-October. However, the inaugural date of Deloitte is not yet known. It is being set up at the second O Hub in Satya Nagar.

It is pertinent to mention here that the second tower of O Hub work has been prioritised by the state government. It is now planned to have incubation centres and co-working spaces along with office spaces for the start-ups, which will graduate into regular companies.

The enhanced presence of multi-national giants in Bhubaneswar is expected to open up new possibilities, establish a new centre of economic growth and generate large-scale opportunities for employment and entrepreneurship in the eastern region.