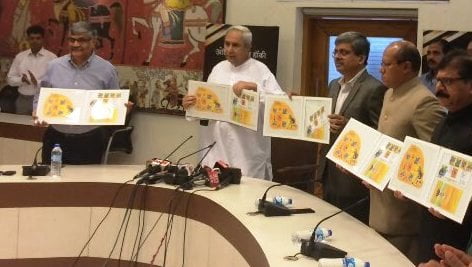 The stamps aim at commemorating the 14th edition of the World Cup in the state, which will kick start this evening with Belgium taking on Canada and India playing against South Africa in Pool C. Tickets of all three matches of India are sold out.

“I would like to thank the Postal Department for producing this beautiful stamp at the time of the Hockey World Cup,” the Chief Minister said.

Welcoming the international hockey teams participating in the mega event, the distinguished guests and the Hockey India officials, the Chief Minister said they are the guests of the 45 millions of people of Odisha who are known for their warmth and hospitality.

“All of us are looking forward to this 18-day hockey festival. Again I thank all of you for coming here. I now declare the Odisha Men’s Hockey World Cup Open,” he announced.