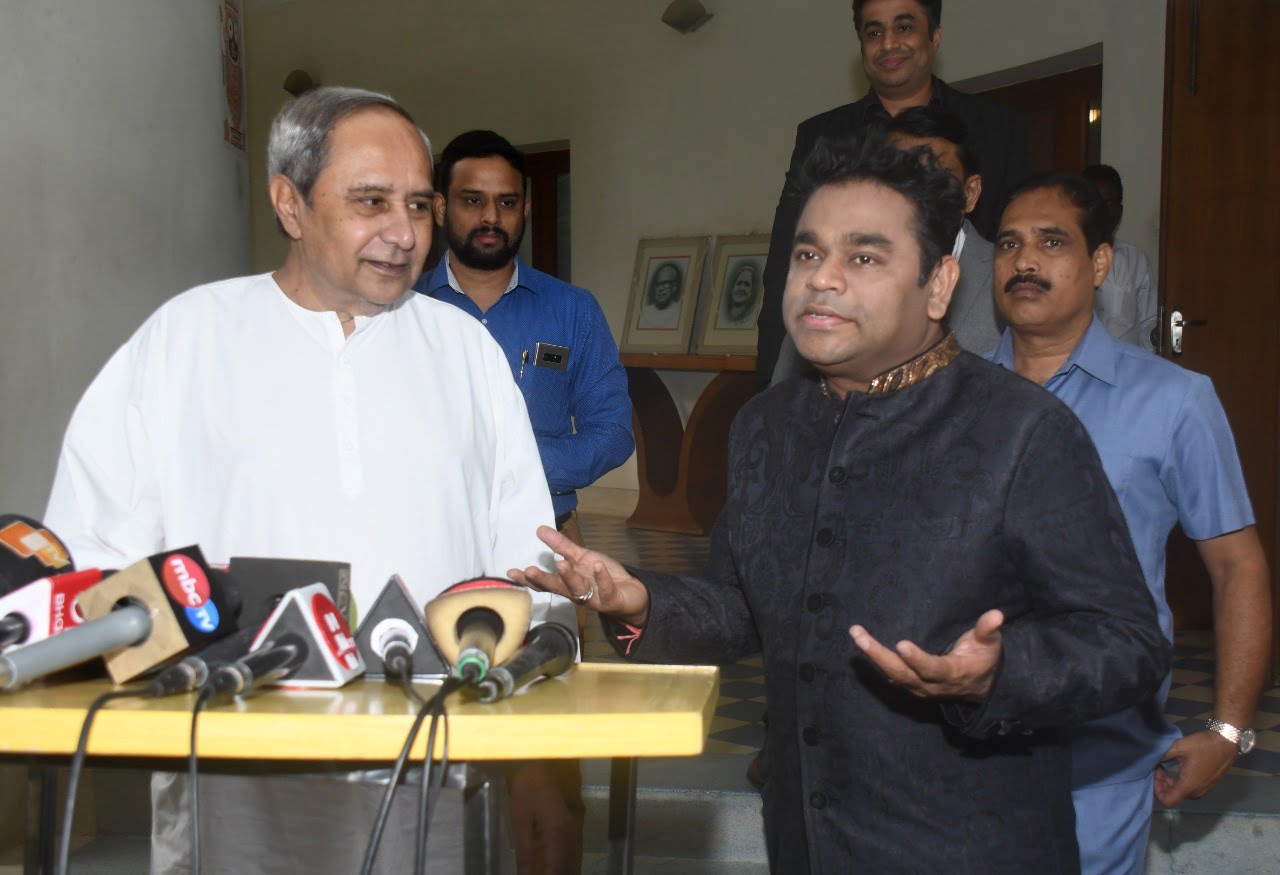 The anthem ‘Jai Hind India’ has been composed by Rahman and penned by celebrated writer-lyricist Gulzar.

“We are delighted that A R Rahman ji is here with us in Odisha. We are very lucky that he will be performing at two places, Bhubaneswar and Cuttack. Millions of his fans in Odisha are looking forward to listen to the music maestro,” the Chief Minister said.

He also tweeted a thank you note to Rahman, Shah Rukh Khan and Gulzar.

Thank @arrahman ji for coming to #Odisha and launching the #HockeyWorldCupAnthem. It was such a delight to hear Odisha Hockey Men’s World Cup 2018 anthem – #JaiHindIndia. Thank @iamsrk ji and Gulzar ji for weaving magic to the music. #HWC2018 #Odisha2018 #OdishaWorldCupAnthem https://t.co/ElHdj0Bo0t

The music maestro also tweeted about the release of the official song.

Here is the link of Jai Hind India for all the available platforms – https://t.co/t4esePXCMb
@sonymusicindia

The music legend will be performing live at the opening ceremony along with SRK at Kalinga Stadium on November 27. Bollywood sensation Madhuri Dixit will also grace the event. From Ollywood, Sabyasachi and Archita are scheduled to perform.

Rahman will also perform in Cuttack at the World Cup Celebrations event at Barabati Stadium on November 28.

Amol Palekar: The Actor Who Made The Common Man An Iconic Figure