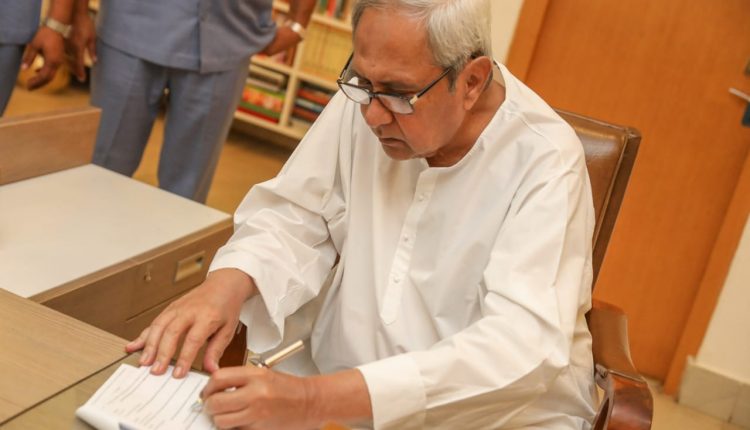 The letter stressed on non-lifting of surplus parboiled rice by the Department of Food and Public Distribution (DFPD).

He referred to the Centre’s  August 3 order, which stated that no surplus parboil rice will be accepted from Odisha by the Food Corporation of India (FCI). “Odisha is estimated to procure 52 lakh MT of rice. The state’s own requirement of rice under all the schemes is about 24 lakh MT. This goes to indicate that the state will have a surplus of 28 lakh MT of which only 4 lakh MT will be raw rice. That leaves the state with a balance of 24 lakh MT of parboiled rice for evacuation by FCI. But the latest decision has put a question mark on the lifting of 24 lakh MT parboiled rice,” he wrote.

He further said that Odisha is primarily parboiled rice consuming state and, historically, therefore, the rice milling industry overwhelmingly produces parboiled rice. “The state is therefore not in a position to face the situation arising due to a paradigm shift in surplus rice delivery profile imposed on the state by Department of Food and Public Distribution,” he said

Naveen urged PM Modi to issue a direction to DFPD to accept the surplus parboiled rice from the state during KMS 2021-22. “Further, reasonable time may also be given to the state to align itself with the requirements of DFPD,” he added.

The CM also informed that around 14 lakh farmers had sold 77.33 lakh MT of paddy (equivalent to 52.35 MT of rice) to the state government and MSP dues of about Rs. 14,444 crore have been transferred to the bank accounts of the farmers within 24 to 48 hours of the purchase of paddy. “This has not only benefited the farmers but also strengthen. the rural economy of the state, especially during the ongoing COVID-19 pandemic,” he said.

The Odisha government has made special efforts to extend procurement operations to remote areas of the state, besides putting in place a transparent system in which all processes are leveraged by IT applications, he added.

Nobody Safe In This Country, Priyanka Gandhi Roars From PM’s Bastion