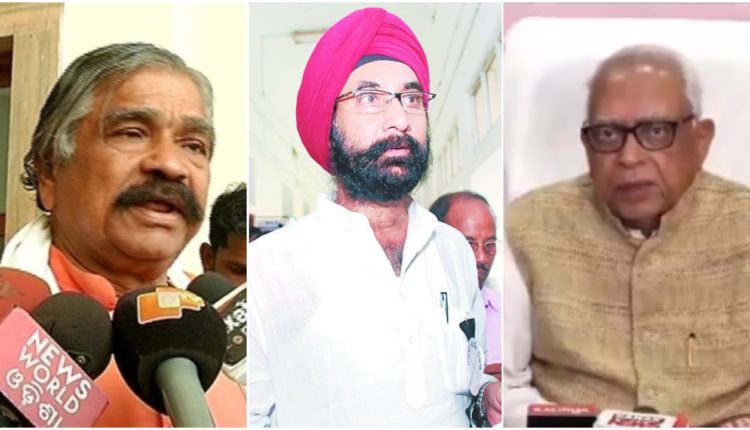 Bhubaneswar: Two senior Congress legislators on Monday expressed displeasure over the abrupt silence of the party in the Odisha Assembly in the much-talked-about kidnap-murder of a minor girl in Nayagarh district.

Talking to the media, senior Congress leader Suresh Routray said his party colleagues raked up the issue in the state Assembly and continued their demand for Agriculture minister Arun Sahoo’s scalp.

However, leader of Congress legislature party Narasingha Mishra asked them to drop the demand as the Chief Minister announced a court-monitored SIT probe.

“Earlier, the Odisha Pradesh Congress Committee president Niranjan Patnaik had asked the party members to launch a statewide agitation. However, after his meeting with Mishra, we were asked to withdraw it. I am not satisfied with the SIT probe ordered by the Chief Minister,” Routray said.

He also hinted at a deal between some senior party leaders and Sahoo as the reason behind the withdrawal of the demand.

Interestingly, Jeypore MLA of Congress Tara Prasad Bahinipati had demanded an SIT probe into the incident.

In his reaction, Kantabanji MLA Santosh Singh Saluja said his party MLAs remained silent on the instructions of the leader of their legislature party. “Though I am not satisfied with the decision, we have to abide by his order,” he added.

Referring to the statement of his party colleague Routray on the supposed deal, he said his colleagues will soon take up the matter with the party high command in New Delhi.

Saluja said this approach of the Congress helped the BJP to gain political mileage as they continued their protests and demanded a CBI probe into the incident and sacking of the minister, forcing the state government to adjourned the House sine die, apprehending more trouble.

The winter session of Assembly was abruptly adjourned sine die last week with the Opposition accusing the ruling BJD if trying to avoid the Nayagarh minor girl murder issue.

Reacting to the statements of the two leaders, Mishra said the SIT probe ordered by the Chief Minister is a historic success for the Odisha Congress as it is for the first time that the state government has conceded for such a probe into an incident.

Refuting the allegations of his party members, the senior Congress leader said he took the decision after consulting them.