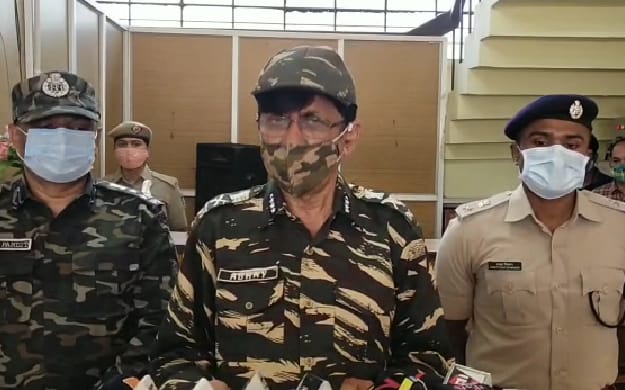 Nuapada: Odisha DGP Abhay is on a one-day tour of Nuapada and Boudh districts to review the crime and Left Wing Extremist (LWE) situation in the districts.

The DGP visited CRPF camp at Sunabeda and undertook an aerial survey of Odisha-Chhattisgarh border. He was accompanied by Director Intelligence and DIG, Special Intelligence Wing (SIW).

DGP also interacted with the police personnel and encouraged them to keep up the good work.

Addressing media persons the DGP said “Maoists activities in the border areas have reduced drastically but we have kept our ears and eyes open as they are still active on the other side of the border.”

The district has witnessed a significant decline in Maoist activity during the last one and a half year. “There were many incidents in this region during 2013 to 2015. Over the last 18 months the activities of LWEs has dropped and I thank the CRPF and other Central forces for their support to the State police,” Abhay added.

Chilly Sunday: Mercury Drops Below 15 At Six Places In Odissa, Daringibadi Coldest at 9.5