Odisha Emerges A Power-Surplus State With Rise In Green Energy 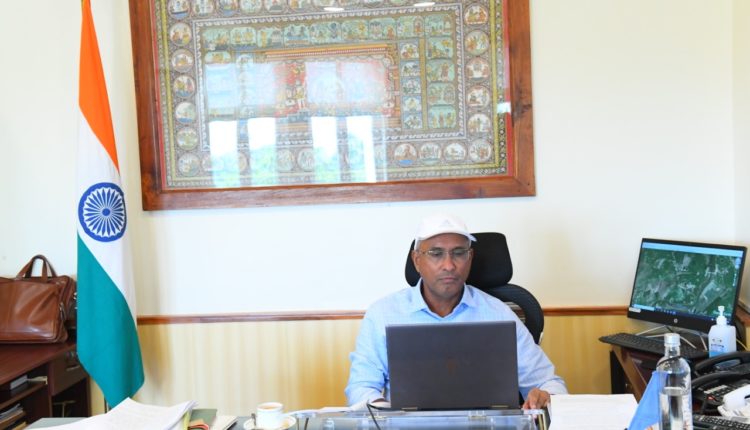 Bhubaneswar: From power deficit situation of 1990s, Odisha has emerged a power surplus state with significant contribution from production of green energy.

This was revealed at a high-level meeting held on digital mode with chief secretary Asit Tripathy reviewing the progress in power production from different sources. He directed to ensure uninterrupted quality power supply to rural and industrial sectors.

He also told GRIDCO to adopt more effective commercial strategies for sale of available power. Industry and Energy departments were asked to motivate newly coming up industries to source power from GRIDCO with assurance of timely and quality power supply. GRIDCO Chairman Dr Saurabh Garg was present at the meeting.

The state’s average annual demand of the power is around 3200 MW. With current expansion in rural electrification and industrialisation, the power demand is likely to increase in coming years. Keeping this in view, GRIDCO is all set to generate around 4300 MW of power during 2020-21.

It may be noted that Odisha Electricity Regulatory Commission (OERC) has set RPO obligation of the state at 11% for 2021-22. With achievement of the targeted 1500 MW from unconventional sources, the total production from renewable sources is expected to cross this RPO obligation.

(Watch) Ranveer Singh Climbs Atop His Car To Greet Fans