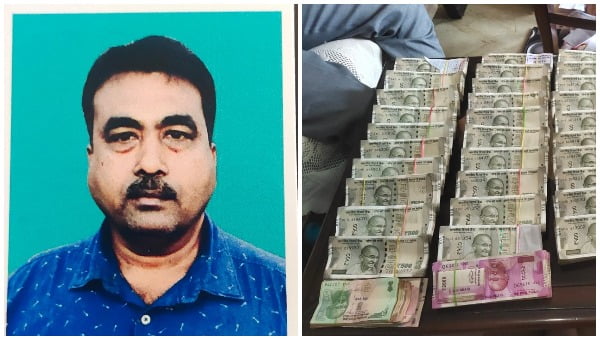 Bhubaneswar: The Vigilance raid on deputy manager of Odisha Police Housing and Welfare Corporation (OPHWC) Pratap Samal has ended and he is currently being questioned over alleged disproportionate assets.

The RSD value of 25 plots, including registration and stamp duty, has been estimated at Rs.3,41,58,412. The actual price is likely to be higher, the Odisha Vigilance said in a release on Wednesday.

The 5-storey building at Gothapatna is worth Rs 3,89,60,000 as per the self-declaration of Samal and his wife. Technical valuation of other buildings being done by Technical Wing of Odisha Vigilance. Balance in bank accounts is Rs 1,61,35,812.50 and those have been freezed. Insurance premium paid amounts to Rs.57, 72,150.0, the release added.

The official, who drew a salary of around Rs 80,000 a month, was found in possession of 25 immovable property including five buildings and one flat worth crores.

Samal had reportedly locked the main gate of his triple-storey house at IRC village and threw a bag containing around Rs 20 lakh in cash to his neighbour’s terrace while the anti-corruption wing’s officials were waiting at his doorstep.

However, the money along with an additional Rs 18 lakh were recovered by the Vigilance officials during the raid.

Simultaneous raids were conducted on nine different properties owned by the OPHWC engineer in Bhubaneswar and other parts of the state:

* Two properties at Jayadev Vihar, Bhubaneswar. One of them is a six-storey building located opposite Biju Pattanaik College Chhak.

* Ground plus three-storey building named Ananya Towers located at Balisahi, Basudevpur, over plot no. 612/7821, in Bhadrak.

* Properties at Haripur at Simulia, Balasore.

After completing a Diploma in Civil Engineering from Baripada School of Engineering in 1987, Samal joined OPHWC as an estimator in 1988. On promotion to the rank of deputy manager in 2013, he worked at Rourkela, Cuttack, Balangir and Keonjhar. The officer was posted in Bhubaneswar in 2019.