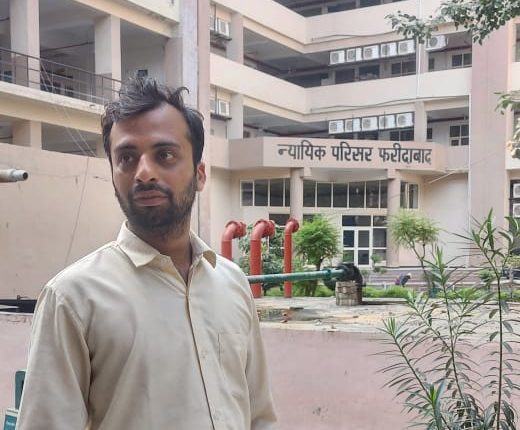 Bhubaneswar: Sleuths of the Economic Offences Wing (EOW) of Odisha police have busted a major income tax refund scam by arresting a man for allegedly committing fraud through forged documents and causing losses amounting to crores of rupees to the government.

Accused Neeraj Singla (28), who was arrested in Faridabad and brought to Bhubaneswar, is a chartered accountant (Intermediate) and one of the main conspirators in PAN and income tax refund fraud. He owns dubious companies like All India Transport Services, CKS Acoustics and GDS associates, EOW said in a release on Tuesday.

Singla along with other associates, having deep knowledge of the system, ran the racket of income tax refund by forging documents and identities of other companies, thereby causing huge losses to the government. This is the first arrest in this case and efforts are on to arrest other accused, it said.

The case was registered on a written allegation of ITO, TDS-1, Bhubaneswar, to the effect that the TDS return in the form No-26-Q was filed in the 1st quarter of 2020-21 by IAMO Solution Pvt Ltd by giving false and fabricated challan of Rs.2.70 crore in favour of 32 taxpayers as a deduction of tax on false payment of commission amounting to Rs 27 crore, the release said.

During investigation, it was found that accused Singla in criminal conspiracy with others forged the TDS challan/return filed by  IAMO Solution Pvt Ltd during the financial year 2020-21 for Rs 2.70 crore, and the amount has been credited in the PAN of 32 beneficiaries/ taxpayers, it said.

Out of the refund amounts, a substantial amount has been diverted to the personal account of the accused and also to the accounts of his firms – All India Transport Services, CKS Acoustics and GDS Associates, it said.

This apart, some amounts have been diverted to the accounts of some other firms which are ultimately managed by this accused. As found, Rs 17.77 lakh was misappropriated by the accused from the total fraud amount of Rs 1.40 crore.

Even though the returns of IAMO Solution Pvt Ltd are generally filed in Bhubaneswar, this particular return was filed in New Delhi. The accused in conspiracy with others forged the challan of the company for an amount of Rs 2.70 crore approximately, and on the basis of that forged challan, the TDS refund was claimed in favour of 32 beneficiaries/taxpayers.

The accused filed the ITR in respect of 7 taxpayers claiming TDS refund. The challan so used is artificially created with no intrinsic value and as such is a bogus challan intentionally created for the purpose of claiming fraudulent gains, it said.

During the investigation, the mobile phone of the accused was seized that contained communications relating to fraudulent activities in claiming the TDS refund. The accused is part of a well-formed racket defrauding the government exchequer by making false claims for TDS refund by using the forged TDS challan, the release added.

You Could Have Cancer Without Any Symptoms; A New Blood Test Shows, Says Study