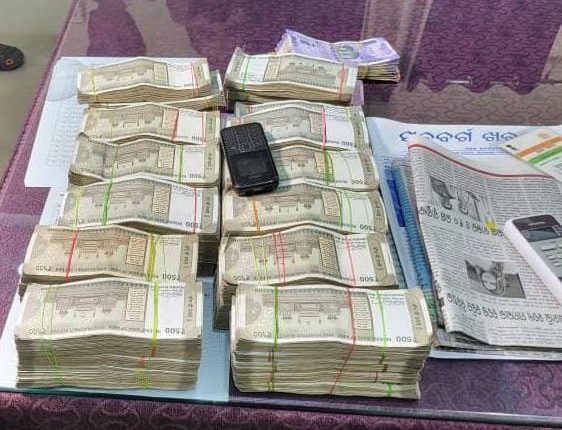 Berhampur: Excise officials have recovered huge amount of money from a bus for second time in two months in Odisha’s Berhampur city.

According to sources, on reliable information about smuggling of ganja in a bus, the Excise officials were patrolling on bypass at Lanjipalli near the city on Tuesday. They stopped a private bus going towards Bhubaneswar and carried out checking on suspicion.

Suspecting the activities of a youth of West Bengal travelling in the bus, they questioned him. On checking his luggage, they found Rs 32 lakh in cash and informed the police.

Later, a team from Baidynathpur police station led by IIC Ram Kumar Murmu reached the spot. They have detained the youth in the police station and started investigation, police sources said.

It may be noted that the Excise officials had recovered Rs 1.2 crore and 23 gold biscuits from the possession of two traders during checking of another bus at the same location on August 9. The police suspected that traders were smuggling gold in the public transport.