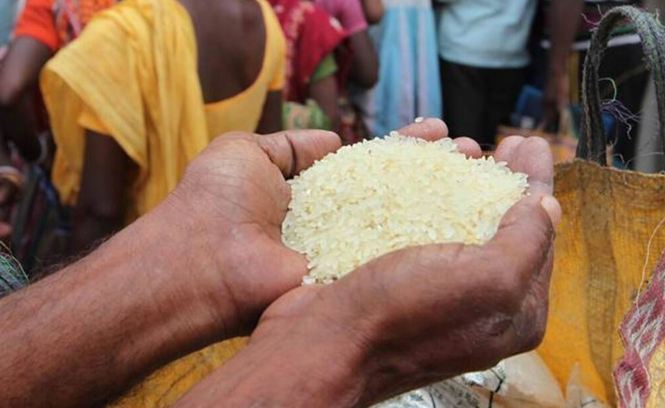 Bhubaneswar: Odisha Chief Minister Naveen Patnaik on Saturday asked officials to distribute five kilograms of rice per month free of cost to beneficiaries of the State Food Security Scheme (SFSS) for the next three months, which will benefit 9.05 lakh people.

While the Centre provides rice to the beneficiaries covered under the National Food Security Act (NFSA), the state government has extended it to 9.05 lakh people of 2.92 lakh families left out of the central scheme. The Odisha government provides rice at the rate of Re 1 per kg under the SFSS.

The state government had earlier extended the benefit of 5 kg of free rice for the beneficiaries of SFSS for six months from April to September 2022 after the Centre launched the Pradhan Mantri Garib Kalyan Anna Yojana during the COVID-19 pandemic.

As per the chief minister’s directive, each beneficiary of the SFSS will get an additional five kg of rice from the allotment month of October 2022 to December 2022, an official statement said.

For this purpose, 13,575 tonnes of rice will be supplied from the state pool with an expenditure of Rs 49 crore from the state’s own fund, it said.