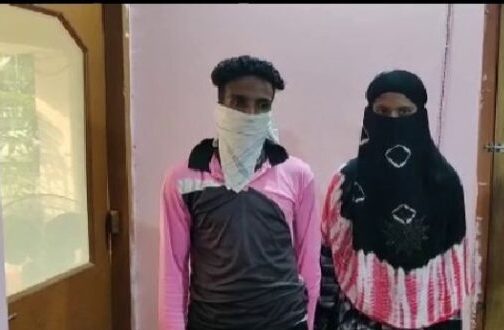 Bhubaneswar: Father of a seven-year-old girl and her step-mother were arrested by Balipatna police for allegedly torturing and starving the child for over a year.

A case has been registered and both have been arrested under Section-307 (attempt to murder) of IPC, said police.

Sources said the girl’s father Bilal Khan of Barahal village under Balipatna police limits married Rizwana (second wife) of Pipili in 2013. She gave birth to a daughter. Rizwana told local media that Bilal used to torture her following which she went back to her parents’ house with her one-year-old daughter.

However, Bilal managed to get the custody of his daughter in March 2020. During this time Bilal married another woman and both started torturing her, said the girl.

The child said the two used to tie her up and leave her to starve for days. They also allegedly beat her brutally for no reason and burnt her hands by dipping them in boiling water.

Rizwana also filed a complaint at Balipatna police station. She alleged that Bilal’s second wife, her father-in-law, mother-in-law, sisters-in-law and other family members tortured the child.

Bilal on the other hand said, the child’s condition deteriorated in the grief of separation from her mother.

During investigation the Childline officials found that when the child was living with her biological mother she looked very beautiful, healthy and was studying in Class-1.

After coming to her father, she was meted with inhuman torture and was served only rice and salt to eat. On many occasion she used to sleep on empty stomach, said the Childline officials after inquiry.

COVID Will Reach Endemic Stage In India, Annual Vaccination May Be Needed: ICMR