Odisha Fights COVID: ECMO Treatment At SCB From I- Day; Hosp To Get 9 Machines 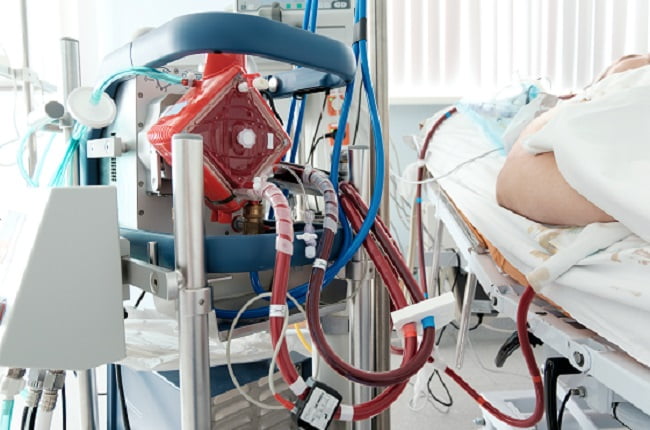 For the purpose, 9 ECMO machines will be installed in SCBMCH, he said while addressing media persons this evening.

Experts have already been hired to operate ECMO machines and they will be sent to Kolkata for training till July 31, he said and added that the machines will be functional by August 15.

The ECMO machines are used for critically ill Covid patients, whose lungs are damaged and require ventilator support.

About the death rate, the ACS, Health said daily deaths being reported now are not figures from previous day. He said the numbers are finalised after a review by a three-tier audit committee comprising experienced doctors.

As cases spiked in May and June, the doctors did not get adequate time to declare the figures which are being reviewed now and reported, he said.

Mohapatra further said, “During May and June the hospitals were occupied and our doctors were very busy in treating COVID patients and containing the disease from spreading further.”

Due to this reason, the doctors who are members of hospital committee, district-level committee and state-level committee to certify whether a death is COVID or non-COVID, could not give time for this task, said Mohapatra. Cyclone Yaas too added to the workload of the government and its health staff, he added.