Bhubaneswar: Amid the flood threat in the Mahanadi river basin, the authorities of Hirakud Dam in Odisha’s Sambalpur district on Tuesday opened 5 more sluice gates owing to huge inflow of water, taking to total to 31.

According to sources, 14 gates of the reservoir, which had risen following heavy rains in the upper catchment areas, will be opened in a phased manner.

“For flood controlling moderation and taking reservoir level into consideration, we have decided to open additional gates of Hirakud following a meeting with the technical committee. Chhattisgarh has nothing to do with it,” said Engineer-in-Chief, Water Resources Department, Bijay Mishra.

Floodwaters will be released through a total of 40 gates. While five gates were opened after 4 pm, nine more gates will be opened later in the evening and as many between 8 pm and 9 pm due to rainfall activity in upper catchment areas of Mahanadi river system, he added.

The release of more water from the reservoir is likely to worsen the flood situation as Mahanadi river is already in spate inundating many villages in several districts of the state. Baitarini, and Jalka rivers are also flowing over the danger mark. 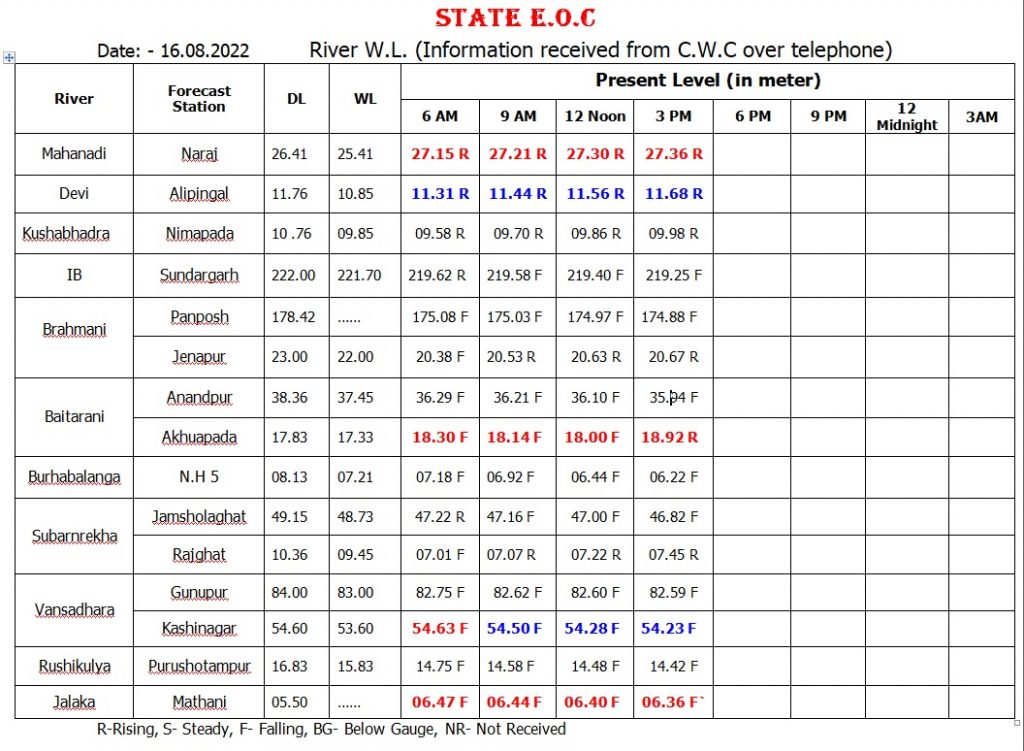 Earlier in the day, Special Relief Commissioner PK Jena on Tuesday said the flood situation in Mahanadi will peak in the next 48 hours as Mundali barrage in Cuttack will see the highest floodwater outflow of 11.5 cusec by evening. While 10 districts have been kept on high alert, flood impact is likely to be maximum in Puri, Kendrapada, Khurda and Jagatsinghpur districts due to heavy inflow of floodwater downstream of Mahanadi, he added.