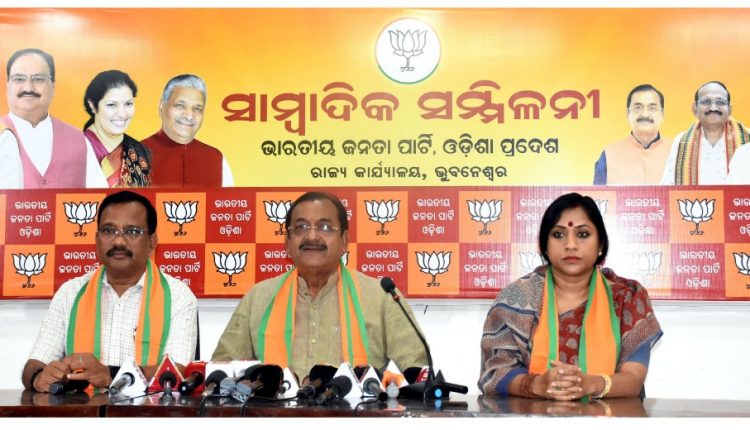 Bhubaneswar: Blaming the BJD government in Odisha for the current flood situation in Mahanadi river basin, the state BJP on Wednesday accused it of having failed to ensure proper water management in Hirakud Dam reservoir.

“The state government failed miserably in flood management. The present situation in the Mahanadi river system has arisen because of utter negligence on the part of the government,” BJP’s Odisha unit President Samir Mohanty told reporters in Bhubaneswar.

Coming down heavily on the state government, Mohanty said the ruling BJD never bothered to work out a proper mechanism for water management in the reservoir during its 22 years of rule in the state.

“The state government and BJD used the Mahanadi river water issue for political purposes simply to mislead the people,” the BJP leader alleged.

Stating that the ‘rule curve’ for specifying the storage of water in the Hirakud reservoir at different times of the year was framed way back in 1962 and later modified in 1984, he said the state government took no measure to further amend it during all these years, ignoring the changing situation.

Instead of focusing on proper water management in the Mahanadi river system, the government kept itself busy in organising agitation over the river water issue at different times since 2017.

This apart, the river embankments have become weak and prone to breaches in different places, putting lives in danger, he said, adding that the government is now talking about water management without taking any steps for the safety of people.

On the government’s preparedness to deal with the current flood, Mohanty said decisions about rescue, rehabilitation and relief measures remain confined to announcements. “Instead of resorting to propaganda and publicity only, the government should ensure that the required assistance reaches the affected people to mitigate their plight.”

BJP activists are now providing support to the flood affected people after reaching out to them in flood-hit areas, he added.