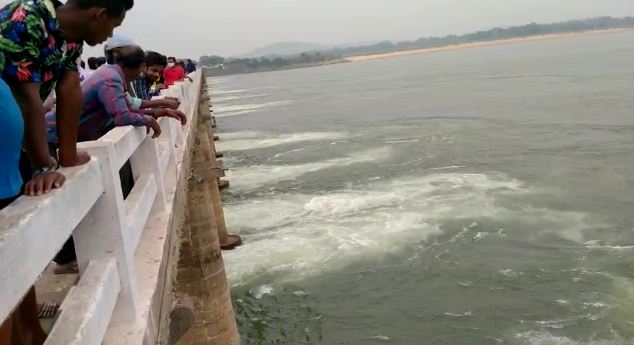 Bhubaneswar: Peak flood is passing through Mundali barrage near Cuttack since 5 pm and it is likely to continue for 8 to 9 hours, Special Relief Commissioner PK Jena tweeted on Wednesday.

While the state is witnessing moderate floods in several districts simultaneously after 2011, the SRC said water flow will reduce thereafter. He, however, added that the next 36-48 hours will be critical.

Confirming two more breaches in the embankments of Rajua and Makara rivers, he urged people to support the administrations to guard them.

Jena had earlier informed about evacuation being carried out by the Jagatsinghpur administration after floodwaters breached Paika river embankment near Kathakot village in Kujang block. Two breaches in the embankments of Mahanadi river system were reported on Tuesday and another two breaches this morning.

While many low-lying areas in coastal districts are witnessing flooding, the inflow and discharge of flood water from Hirakud reservoir have remained almost constant at 5.95 lakh cusecs and 6.58 lakh cusecs respectively.

Nimapada-Bhubaneswar road at Garapada and Nimapada-Balanga road near Dhamra were overflowing with floodwaters this morning. Road communication was also disrupted on inundated Khurda-Balangir NH-57 near Baghamari while floodwater of the Mahanadi entered low-lying areas in Banki NAC.

Several localities of Narsinghpur, Banki, Badamba, Damapada, Tigiria and Athagarh blocks were marooned after different connecting roads were cut off by floodwater in Cuttack district.