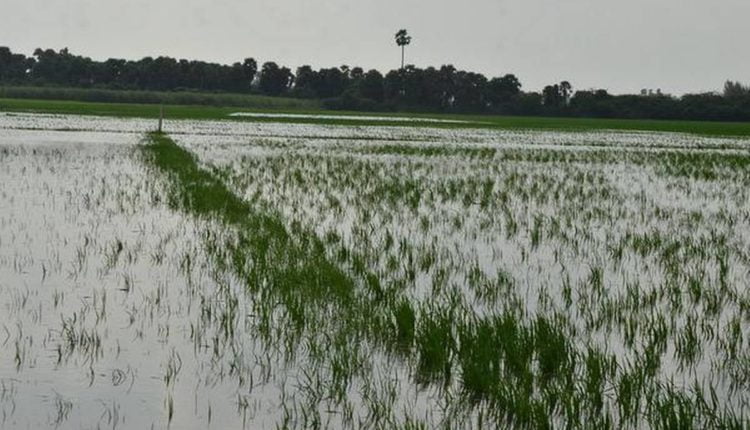 Bhubaneswar: Amid flood situation in many parts of Odisha, the state government has asked district agriculture officers to remain watchful and prepare a contingency plan for Kharif crop.

Agriculture Minister Ranendra Pratap Swain has directed the officers to chalk out a contingency plan for Kharif crops and alternative farming in flood affected areas in the state and submit it by August 22, sources said on Thursday

While farmers can hold consultations with agriculture experts in this regard using toll-free number of ‘Ama Krushi’ – 155333, the district agriculture officers (DAO) have been asked to take immediate steps to avoid crop damage due to insects.

The department has also opened a 24 hour control room (0674-2393242) for interaction with farmers of flood affected areas.

The Director, Agriculture and Food Production has also written to the DAOs giving detailed guidelines to be followed. The district officers were asked to take steps for dissemination of the Crop Management Advisory issued by the Odisha University of Agriculture and Technology (OUAT) to the famers.

The district officers were asked to update the crop situation daily, access the crop area and submit crop damage report after conducting joint survey. Besides submitting the crop contingency plan by August 22, they should arrange awareness programmes on Kharif crop management after flood water recedes.

District level control rooms should be opened for monitoring and updating the flood situation, while farmers should be advised to drain out the excess water from the crop field and defer the application of fertiliser and pesticide for the time being, sources said.

The district officials were also advised to take immediate steps for surveillance and control of swarming caterpillar infestation in the paddy field.