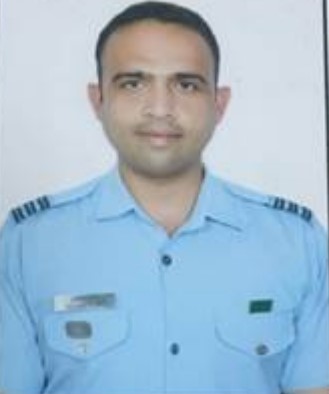 Wing Commander Abhishek Pujari, Aeronautical Engineer (Electronics), who was posted as an Engineering Officer with a C-17 Transport Squadron in 2018, was the Maintenance Team Leader of the C-17 aircraft as part of Operation Devi Shakti on August 16, 2021, according to a Ministry of Defence release.

Under the operation, the team was tasked for evacuation of Indian Embassy staff and diaspora from Kabul in the face of Taliban’s then imminent takeover. Wing Commander Pujari, who belongs to Odisha, had also been a part of previous evacuations from Khandhar and Mazar-e-Sharif and effectively used this valuable experience for the meticulous planning of the first evacuation mission from Kabul.

Owing to the hostile environment in which the aircraft was going to operate, the missions were highly critical and mandated with stipulated time frames. The officer utilised his experience to carry with him spares that could be critical for temporary repairs in case of damage to structure due to bullet hits/Foreign Object Damage (FOD). The officer ensured preparedness of aircraft in time resulting in timely launch from home base.

After landing at Kabul, Pujari initiated a quick turnaround servicing in a hostile environment to ensure that the aircraft was ready for departure as soon as possible. He efficiently managed his team to achieve the task in an expeditious manner.

In spite of an existing hostile ground situation, the officer undertook all maintenance activities which were to be conducted from outside the aircraft, without concern for his own safety. Towards this he carried out a detailed brief of the maintenance crew which included aspects relating to safety and security of both the aircraft and personnel involved in the various servicing activities. Under his supervision the aircraft was prepared for boarding and seating of the embassy personnel and staff including ITBP personnel, in shortest possible time, in hostile environment.

For his exceptional devotion to duty, Wing Commander Pujari is awarded Mention-in-Despatches, stated the release of the Ministry.

Rain To Lash Puri, Khurda, Cuttack In Next 3 Hours