Odisha For Integration Of Aadhaar Services With Mo Seva Kendras

UIDAI To Form District Panels To Monitor Aadhaar Use 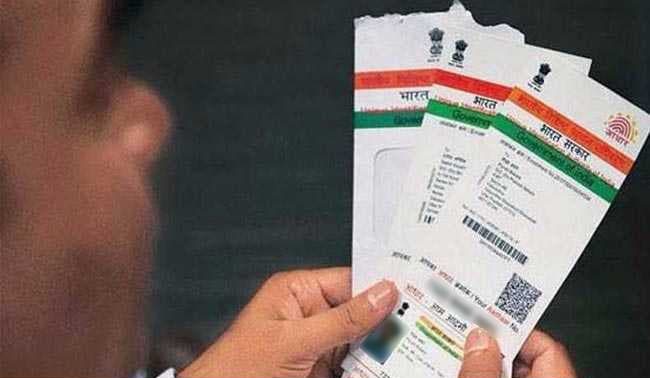 Bhubaneswar: The Odisha government has urged the Unique Identification Authority of India (UIDAI) to integrate Aadhaar related services with Mo Seva Kendras (MSKs) to enable people living in remote areas of the state to get enrolled and make corrections in the data.

During an event on simplifying the use of Aadhaar, organised jointly by UIDAI and the state government here, Chief Secretary S C Mahapatra stressed the need to conduct door-to-door visits for enrolment of newborns, old and infirm people, who are unable to approach Aadhaar centres.

Mahapatra advised the UIDAI to keep on updating Aadhaar data and biometric impressions periodically, particularly the biometrics of babies and children, to ensure that the data on the Aadhaar portal does not get obsolete over a period.

Therefore, it is important to undertake intensive awareness on benefits of updated Aadhaar card, he said.

The Chief Secretary advised different departments to have a detailed interaction with UIDAI officers and get all their doubts clarified for enhancing the use of Aadhaar numbers.

As Aadhaar registration in the age group of 18 years and above is touching 100 per cent in Odisha, Chief Executive Officer of UIDAI Saurav Garg said the state is a leading and robust user of Aadhaar data.

District level committees would be formed for monitoring the use and enrolment of Aadhaar, which is a key identifier of inclusive growth, he said.

“Odisha is a lead and robust user state of Aadhaar data. District level committees would be formed for monitoring proper use and enrolment of Aadhaar,” he said.

The State has 5,923 MSKs at block, panchayat and ward levels. These centres are gaining popularity and the number of people using the facilities has been rising, sources said.

Cop Returning From Duty Crushed To Death In odisha