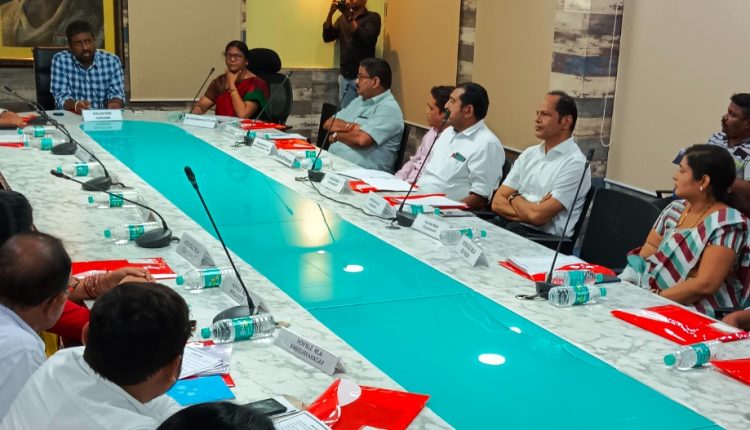 Berhampur: The presence of Odisha’s Gopalpur MLA Pradeep Kumar Panigrahi in an official meeting on Thursday has sparked off a political speculation in Ganjam district.

Panigrahi was arrested in connection with an alleged job scam in Tata company in 2020. Following his arrest, the ruling BJD had suspended the MLA from the party on charges of corruption.

After he was released on bail subsequently, Panigrahi has been accusing the state government of not inviting him to any official meeting though he continues to remain an elected MLA.

However, he attended the first meeting of the District Consumer Protection Council along with other invitees at the collector’s office in Chhatrapur on Thursday. Ganjam collector, who is the chairman of the Council, presided the meeting. Khallikot MLA Suryamani Vaidya, members of the Council and senior officials of the district administration were present.

Speaking to the media after the meeting, Panigrahi said he attended the meeting on the invitation of the district administration. “I received an invitation from additional collector on October 6 to attend the Council meeting for which I came to the collector’s office,” he said.

It may be noted that though Panigrahi has been criticising the government’s treatment towards him, he has not held Chief Minister Naveen Patnaik responsible for this. Recently, he said the chief minister was above such things and he respected Naveen.

Fresh Low Pressure Over Bay By Oct 20; Will It Intensify Into Cyclone? Check What IMD & Experts Have To Say