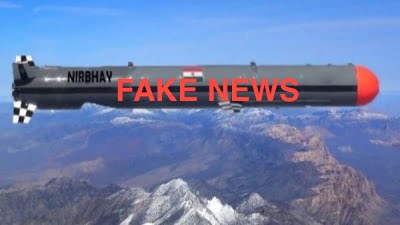 This is what they tweeted from their verified Twitter handle:

Congratulate @DRDO_India on the successful launch of subsonic cruise missile ‘Nirbhay’ from Integrated Test Range off the coast of #Odisha. #DRDO

Sources in the Defence Research and Development Organisation’s (DRDO) test range off the Odisha coast, however, said that no such test was conducted on Thursday. Instead, the defence organisation is preparing to test-fire a new variant of the Agni-I missile from Chandipur any time between June 28 and 29.

This is not the first time when well-known, verified Twitter handles have fallen victims to fake news.

The tweet was later deleted after several people started questioning the authenticity of the claim. 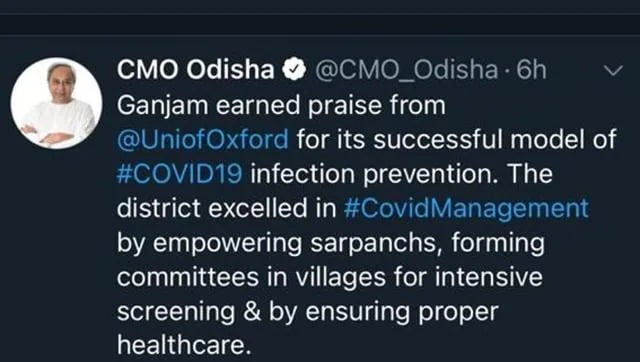 A study titled ‘Crowding and the shape of Covid-19 epidemics’ by the Oxford University and Northeastern University was published in “Nature Medicine” journal on October 5. However, there was no mention of the Ganjam and Dharavi model of dealing with the pandemic in the report whose central hypothesis was how unaffected area can see a rapid peak in cases when individuals had high rates of contact within social units, such as households, care homes and prisons.

In August 2020, the Governor and Union ministers Dharmendra Pradhan and Pratap Sarangi had congratulated IAF wing commander Nikhil Rath for a feat he never accomplished.

Elated to learn that Wg. Cdr. Nikhil Rath of @IAF_MCC has been shortlisted to be a part of the 4 member crew of India’s first manned space mission, Gaganyaan 2022.

It is a matter of immense pride that this son of Odisha will be a part of this significant & prestigious mission. https://t.co/2CmGjlRZQP

A native of Balangir, he had cleared the preliminary round of selection to undertake training for the Indian Space Research Organisation (ISRO)’s first ‘Gaganyaan’ manned mission to space in 2019 but whether he has made it to the final list of four astronauts is not known.

Fake news circulating on social has been a menace of late. Platforms like WhatsApp, YouTube and Facebook are widely used in India to check out the news. “Increased dependency on social media platforms for news has resulted in serious problems with misinformation and hate speech,” a study by Reuters Institute said.

Link Your Vaccination Certificate & Passport On CoWin; Here’s How

Fact Check: Did IIT Kanpur Predict A Third Wave Of Pandemic From July 15?