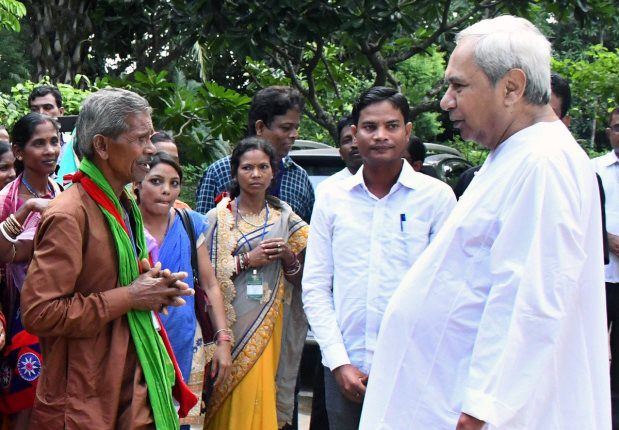 Bhubaneswar: Propelled by the plight of Padma awardee Daitari Naik, who announced that he would return his award to the government, the Odisha government has decided to provide a monthly allowance to such awardees with a poor economic background.

A proposal to this effect by the Culture Department was approved by Chief Minister Naveen Patnaik on Monday.

According to the decision, Padma awardees of the state from a poor economic background will get a monthly allowance of Rs 10,000.

The 70-year old from Baitarani village, who had won the Padma Shri in recognition of his extraordinary feat of single-handedly carving out a 3-km-long stretch of canal from Gonasika village with a hoe and a crowbar to draw stream water to his village for irrigation, had decided to return the award as it has pushed his family to penury.

“The Padma Shri award has made my life miserable. From the day of receiving the award from the President, I have been running from pillar to post in search of work to eke out a living but to no avail. As this award has given me name and fame, no one is giving me small work as a daily wage labourer, which has made my life miserable. My family has managed to survive by selling kendu leaves and ‘amba sadha’ (dried mango pulp),” the septuagenarian had told the media recently.

Naik had received the award from President Ram Nath Kovind at a civil investiture ceremony at Rashtrapati Bhavan on March 16 this year.

Sources in the Culture Department said that out of a total of 84 Padma awardees in Odisha, 45 have died while some among the remaining 39 have a poor economic background.

Deadly Attack On Senior Citizen At Kalarahanga In Odisha Capital