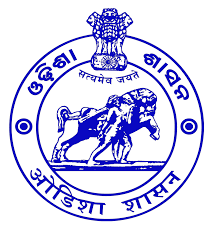 Bhubaneswar: The performance of the district SPs and Indian Forest Service officials will now be evaluated annually as part of Odisha government’s push for improving efficiency and accountability in governance.

The state government on Monday decided that the annual performance appraisal reports of the district Superintendent of Police (SPs) and forest officials of the level of Additional Principal Chief Conservator of Forest and above will be submitted to the chief minister as the accepting authority.

Naveen Patnaik’s emphasis on 5Ts will be given 20 per cent weightage, a government statement said. The 5Ts are teamwork, technology, transparency, transformation and time limit.

The move followed after the CM chaired a meeting with top officials of the state government, which included the Chief Secretary, DGP, secretaries, district collectors and SPs.

Highlighting transformational changes such as disaster management, land rights to slum dwellers and curbing Naxal menace, the CM asked officials to work in “cohesion” to bring many such changes through the 5Ts.

The directorates under the departments will function as a composite entity for a faster decision-making process, the government statement said. The Odisha Secretariat Workflow Automation System (OSWAS) will be modified suitably for seamless integration of the directorates and the departments.

Earlier, all the ministers had submitted their departmental review report card to the CM about the steps initiated for implementing the poll promises.

What Are The ‘Five Freedoms’ That Animals Deserve? Find Out