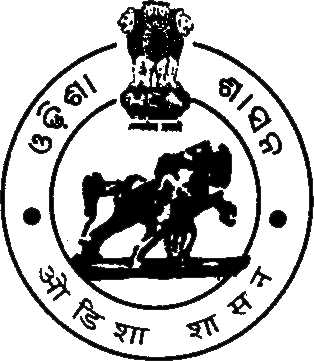 Bhubaneswar: In a bureaucratic reshuffle, six IAS officers and one OAS officer were either given additional charge or transferred by the Odisha Government on Saturday.

The details are as follows…

# Sangramjit Nayak, Director, Municipal Administration and Ex-officio Additional Secretary to the Government, Housing and Urban Development Department will continue to have additional charge of Administrator, Bhubaneswar Municipal Corporation in addition to his own duties.

# The additional appointment of Krishan Kumar as Administrator, Bhubaneswar Municipal Corporation shall stand terminated from the date Nayak takes over.

# Susanta Mohapatra, Director, Social Security and Empowerment of Persons with Disabilities has been appointed as Additional Secretary in the Health & Family Welfare Department.

# On the other hand, Noonsavath Thirumala Naik, Nayagarh Collector and District Magistrate has been appointed as Director of Fisheries, Cuttack. He will also have additional charge as Executive Director, CMGI Bhubaneswar.

With this, the additional appointment of Ratnakar Rout as Director, Fisheries shall stand terminated from the date Naik takes over.

# Madhusudan Mishra-2 (OAS), under orders of transfer as Managing Director, MARKFED Bhubaneswar, has been transferred and posted as Collector and District Magistrate, Koraput following Tudu’s transfer.