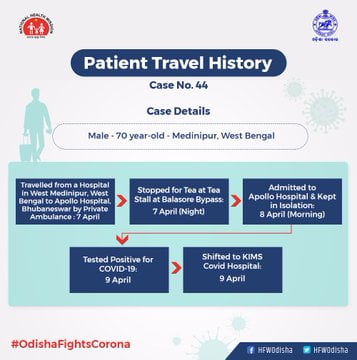 Bhubaneswar: The Odisha government has released the travel history of the two persons who tested positive on Thursday.

The 51-year-old woman of Dhenkanal had come in contact with people who had travelled to the Tablighi Jamaat event in Delhi’s Nizamuddin between March 10 to 17. She was at her home at Minabazaar, Dhenkanal from March 18 to April 2 and then shifted to institution quarantine at Ward 9 the following day. She was asymptomatic and her samples were sent for tests on April 4. The results on April 8 showed that she had contracted the infection, following which she was shifted to Ashwini Hospital in Cuttack. 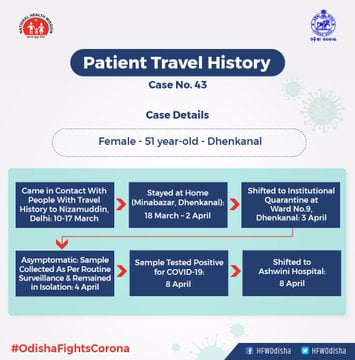 The 69-year-old man of  Medinipur, West Bengal, was brought to Apollo Hospitals in Bhubaneswar in an ambulance on April 7 from a hospital in West Medinipur. He had stopped at a tea stall at Balasore bypass that night. The man was admitted to Apollo Hospitals here the following day. He tested positive for COVID-19 on April 9, following which he was shifted to KIMS COVID hospital.

The government has also released the travel history of the cases from Kalahandi and Kendrapara. 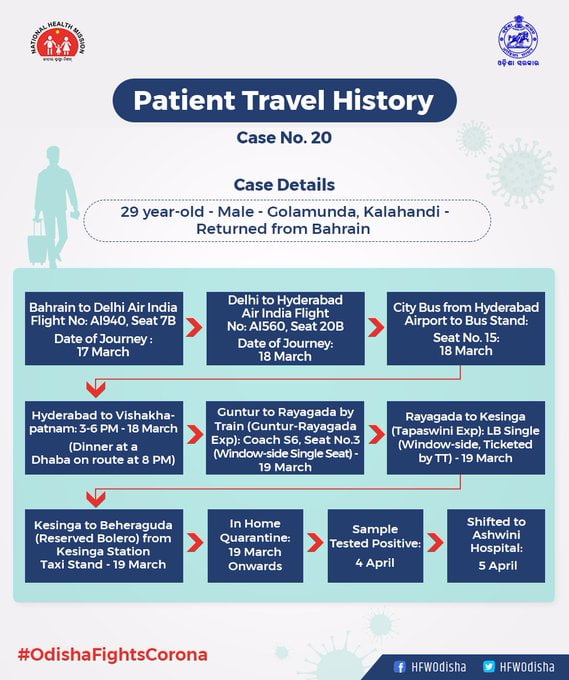 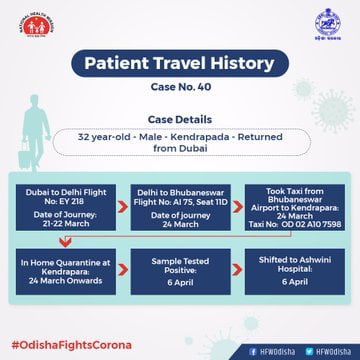