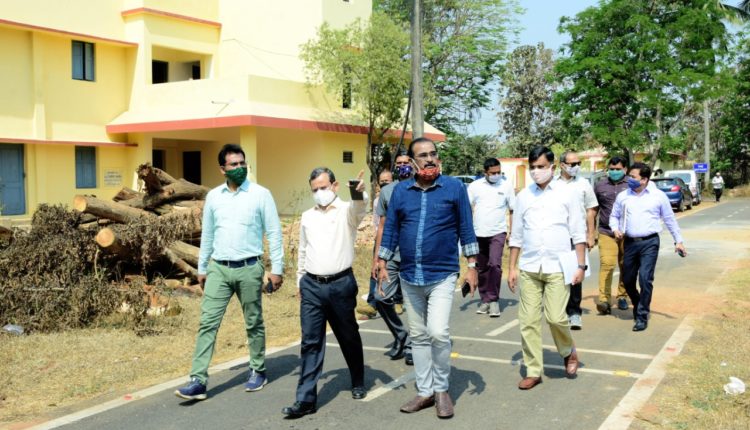 Bhubaneswar: The state government has decided to establish a modern state of the art film hub in the Kalinga Studio, here with an estimated budget of around Rs 200 crore in a step towards employment generation through creative entertainment industry.

The decision was taken at a high-level meeting held under chairmanship of Chief Secretary Suresh Chandra Mohapatra on Wednesday.

Considering the business prospects of Kalinga Studio in film industry, the Chief Secretary directed to develop it as a state of the art futuristic studio with competitive business models  to make it employment intensive. “Developing it as a tourism and social destination as well will enrich it with cultural vibrancy and will also fetch additional revenue,” he said.

After a recent visit to the studio, Mohapatra had directed the department to come up with a redevelopment plan.

Development Commissioner Pardeep Kumar Jena asked the department to work out the details of investment, employment potential and revenue generation time-frame for making the unit rewarding and sustainable in the competitive world of fast changing technology.

Outlining the redevelopment plan estimated at around Rs 200 crore, principal secretary, Industry Hemant Kumar Sharma said, “The studio now stands almost in heart of the Capital City in an area of around 26 acre. It has recording lab, editing lab, Prasad lab, indoor shooting space, garden, temple and some cottages. With minor repair and renovations done in 2014-15, the studio is able to generate revenue of around Rs four lakh per month since September, 2020.”

It was decided that the new studio would be developed with three main zones. IDCO would be the executing agency for redevelopment. Zone-1 would have the facilities like indoor shooting floors, shooting facades, central country yard, film tech zone, commercial space and cafeteria.

The chief secretary directed the department to go ahead with tendering process for completing the base-level earth work before the monsoon. Target was set to complete the construction and landscaping of the core support area by December, 2022.