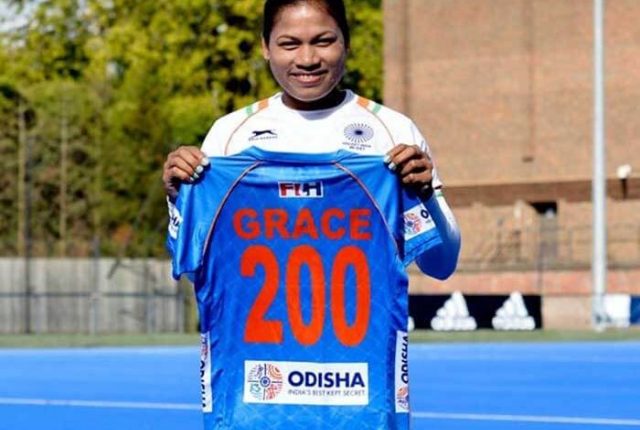 Bhubaneswar: International hockey player from Odisha, Deep Grace Ekka, has been recommended for the Arjuna Award, the second-highest sporting honour of India, by the National Sports Awards Selection Committee.

Deep Grace has been playing as a defender in the Indian Women’s Hockey Team for the last several years.

So far, she has played 240 hockey matches and was a member of the Indian Women’s Hockey Team that won a bronze medal in the Birmingham Commonwealth Games this year.

Currently, she is representing the railways in domestic hockey tournaments.

The award consists of a statuette, a certificate, a ceremonial dress, and a cash award of Rs 15 lakh.