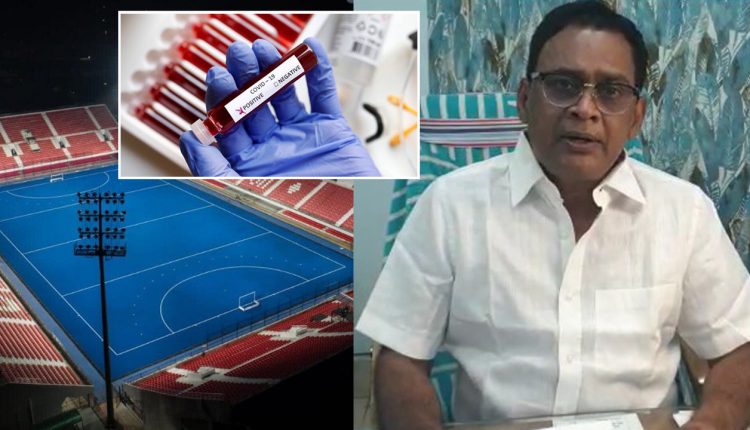 Bhubaneswar: With just two days left for the Hockey World Cup to begin in Odisha, the state government has taken special measures to strengthen COVID-19 testing and surveillance in Bhubaneswar and Rourkela where the quadrennial event will be held.

Amid global resurgence in COVID-19 cases, the mega international sporting event is likely to draw huge crowds in the two cities from across the country and abroad and the health department has made elaborate arrangements for the safety of people.

To take stock of the situation, the department held a review meeting chaired by Health and Family Welfare Minister Naba Kishore Das. The meeting was told that COVID-19 testing is underway, positivity rate is very less in the state and no Corona case had been detected in last 10 days in Jharsuguda and Sundargarh districts, sources said.

Necessary steps have been taken to increase the COVID-19 tests in both Bhubaneswar and Rourkela, where the Hockey World Cup matches will be played between January 13 and 29, according to the Minister. Special COVID-19 testing centres have also been set up inside the stadia in both the cities.

This apart, testing facilities have also been strengthened in Cuttack where inaugural function will be held on Wednesday.

The department has created walk-in testing facilities in all urban primary health centres (PHCs) and community health centres (CHCs) of Bhubaneswar and Rourkela for healthy safety and prevention of the spread of COVID at the venues of the event.

Besides, arrangements have been made for deployment of mobile health units together with teams of doctors to ensure health safety of players as well as visitors, he said.

A special team of doctors is being sent to Rourkela from Veer Surendra Sai Medical College and Hospital to monitor and oversee the health aspect in and around the Hockey World Cup venue.

Steps have also been taken to make available ambulances and other medical facilities and equipment near the stadia.

Stating that the situation in Odisha is under control, Das said the daily infection count in the state remains low and there is no reason to be worried as the government is fully prepared to deal with any situation.