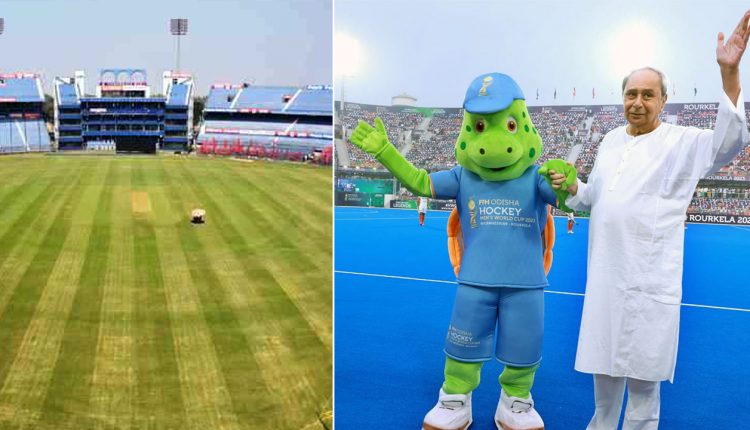 Bhubaneswar: With the razzmataz of Hockey World Cup reaching all parts of Odisha, a large number of youths pedalled all the way in cycles from Sundargarh to Bhubaneswar and thanked Chief Minister Naveen Patnaik for holding the mega event also in Rourkela.

Hundreds of youths from Sundargarh, considered the cradle of hockey, reached Naveen Niwas and expressed their gratitude towards the Chief Minister for choosing Birsa Munda Stadium in the steel city as a venue for World Cup matches apart from Kallinga Stadium in Bhubaneswar.

The Chief Minister hailed the efforts of the youths to popularise and promote hockey and sought the cooperation of all for success of the mega international event in Rourkela. He also thanked MLAs Pratap Jena and Subrat Tarai, an official release said.

As hockey fever now grips the entire state, a festive atmosphere prevails in every nook and corner starting from Cuttack to Sundargarh. People of the tribal-dominated Sundargerh are particularly excited as the mega event is being held there for the first time. The world’s largest hockey stadium has also come up in Roukela, where the inaugural match is slated to be held.

Another delegation led by former legislator Prabhat Tripathy also met the Chief Minister and thanked him for the decision to organise the opening ceremony of the Hockey World Cup in the historic city of Cuttack on Wednesday. Naveen sought the cooperation of the peple of the millennium city for the success of the event, it said.