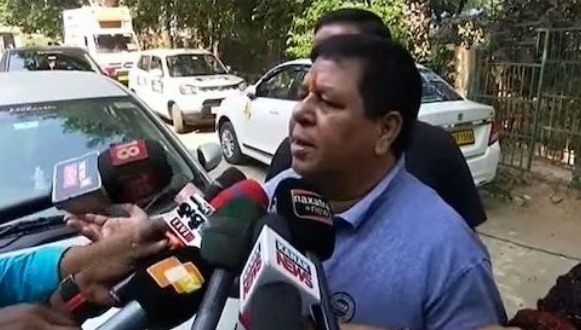 “Archana was blackmailing me and I will share more details after presenting my stand before the ED,” Swain said in his initial reaction to the media.

According to sources, Archana was residing at the filmmaker’s house at Jagamara as a tenant in 2017 and payment of rent had become a bone of contention between the two. Police complaints were also lodged by both parties over the issue.

Archana had accused Swain at Mahila of physically and mentally torturing her on the pretext of casting her in movies. She further alleged that Swain was blackmailing her after capturing her obscene pictures by sedating her.

Notably, co-accused Shardhanjali Behera also stayed in the same building. It was here that she was allegedly trapped by Archana and pushed into the racket. It is believed that it was Archana began extortion money from bigwigs after blackmailing them with their intimate photographs and videos, from this house.

The ED, which is probing the proceeds of the crime, is likely to question Swain about the link between Archana and Shradhanjali.

The agency has lodged a case against Archana, her husband Jagabandhu Chand and her business associates, Khageswar Sahu and Shraddhanjali Behera, under Prevention of Money Laundering Act (PMLA).

Earlier, filmmaker Akshay Parija, who was allegedly blackmailed by Archana, was questioned by ED.

Mercury Hovers Around 10°C & Below At 8 Places In Odisha