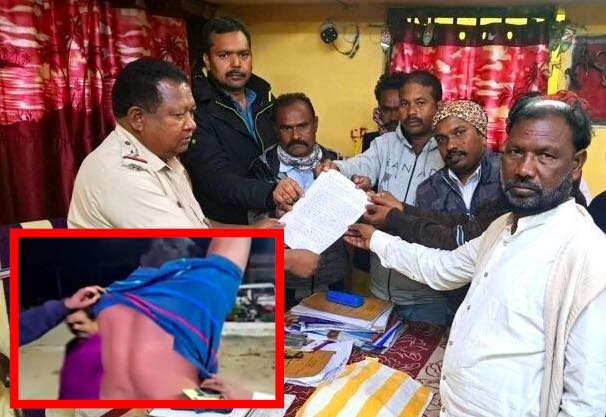 There were injury marks on his body. He has been admitted to a hospital in Padampur for treatment, sources said.

Senapati was allegedly forcibly picked up by Lanjigarh BJD MLA Pradip Dishari and some of his aides from Sanadadar Chhak of Gothuguda panchayat under Jharabandha block in the Assembly constituency and taken to an unknown place in two vehicles.

BJP Mandal unit president Milan Pandey had lodged a complaint with Jharabandha police, alleging that Dillip aka Pinku was kidnapped at around 7.30 pm.  “The Lanjigarh MLA Dishari and his aides snatched away Dillip’s mobile phone and took him to an unknown place. I apprehend a threat to his (the latter’s) life,” the complainant added.

The BJP nominee for the bypoll, Pradip Purohit, also met Balangir SP over the alleged kidnapping and GST raid on party workers and urged him to act in an unpartisan manner. “Some workers of BJD, distributing cash in Gothuguda panchayat, were opposed by BJP workers and locals. The police were also informed about the same. In retaliation, they abducted a BJP worker at gunpoint and released him after a complaint was lodged with police. He has been brutally thrashed. Lanjigarh MLA is involved in this hooliganism,” he alleged.