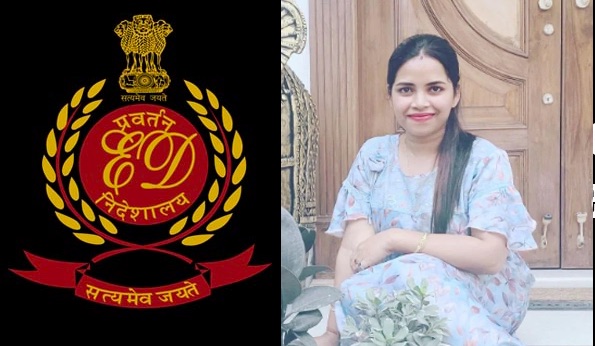 Bhubaneswar: After grilling Nageshwar Patra for two days, the Enforcement Directorate (ED) on Sunday summoned the father of Archana Nag, who is in jail for allegedly amassing wealth by blackmailing prominent people in Odisha using sexually explicit videos.

According to sources, notices were issued to five people, including Archana’s father, mother and her husband Jagabandhu Chand’s bother for the extraction of data, which could shed light on assets worth crores of rupees reportedly accumulated by her in just 4-5 years and the couple’s links with several high profile people, from five phones seized during recent raids. An expert team of cyber experts are also in the city to help ED in the process.

Her father’s his phone seal was opened after he reached the ED office and data are being extracted, which would take about 20 hours. Once done with the process, the phone will be sealed in his presence again, the sources added.

After registering a money laundering case against Archana, her husband and two others, including Patra, the central agency raided her parents’ home in Kalahandi and her residence in Bhubaneswar among six places. The officers had seized a mobile phone of Archana’s father in Kesinga and another belonging to Khageswar from Bhubaneswar.

Patra was arrested on Friday after the agency found that he had received around Rs 40 lakh in phases from the accounts of Archana and Jagabandhu since 2017. He was later sent to 10-day ED remand.

The ED is looking into the source of the money they received, their bank accounts, and properties. It is also likely to summon people who allegedly paid money to the couple over the last four years.

ED, however, has not received any electronic devices seized by Commissionerate Police in connection with the case. Police had seized four mobile phones, two tablets, one laptop, pen drives, and passbooks from Archana’s house in Satya Vihar area here.

Meanwhile, the Supreme Court-appointed special investigation team (SIT) on black money has also turned its focus on the suspected presence of black money in the honeytrap racket. It has reportedly asked the Commissionerate Police and ED to share details of the case background ahead of its meeting to be held in Delhi in the next few days.