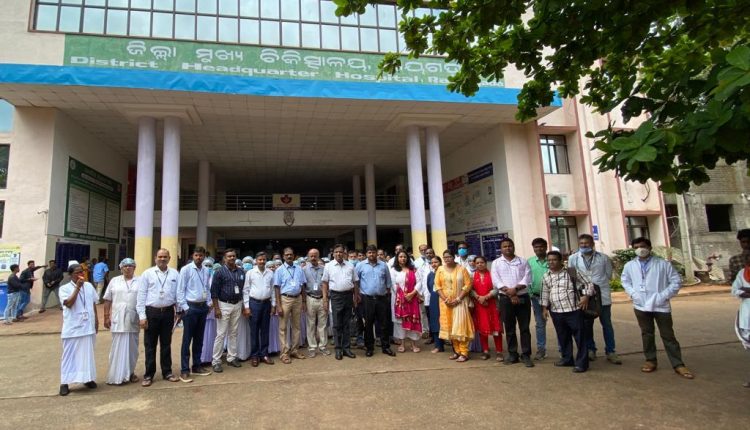 Rayagada: In a major achievement, the District Headquarters Hospital in Odisha’s Rayagada has been awarded the prestigious National Quality Assurance Standards (NQAS) certificate by the Central government for maintaining high quality in providing  healthcare services.

NQSS have been developed keeping in the specific requirements for public health facilities as well global best practices. Securing 89 per cent in NQSS, the hospital has bagged the certificate given by the Union Health and Family Welfare Ministry. It will be valid for three years, sources said.

The recognition has been awarded to the hospital on Tuesday for maintaining high standards of services in all its 14 departments, including OPD, IPD, operation theatre, Pediatric department, blood bank, radiology, general administration and special newborn care unit, they said.

Expressing happiness over the rare feat, Chief District Medical Officer (CDMO) of Rayagada, Lalmohan Routray said health experts sent by the Union Ministry had examined services provided by all the departments and scrutinised various documents in July before giving their report. Based on their recommendation, the certificate has been awarded.

The country’s highest certificate in health services was won because of the hard work of all, including hospital district director of National Health Mission (NHM) Dr J Rajeswar Ray Pattnaik, hospital managers Soumya Ranjan Sahu and Laxmipriya Swain, he said.

The hospital was earlier awarded certificates for last three years for strengthening infrastructure and checking infant and maternal mortality rates.